When Bubba stepped up to the Postage Stamp tee box he had a share of the lead but walked away bruised and battered and a few shots back following this triple-bogey.

Obviously his first mistake was a leaking shot off the tee that landed in the deadly coffin bunker and looked like this: 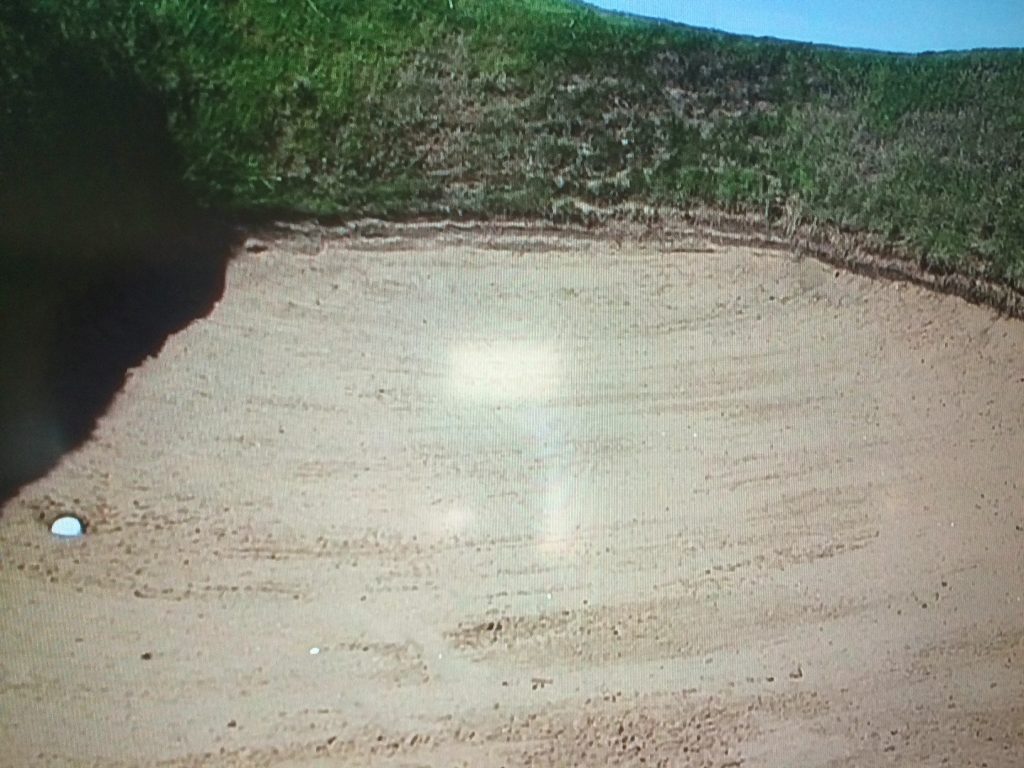 With no chance of aiming at the pin, Watson did his best to give himself a salvageable 3rd shot.

He miss-hit the next chip shot leaving his 4th in the same spot which lead him to a triple bogey on the par 3 8th after a scorching 5-under in the previous 7 holes.

The law firm of Postage Stamp and Coffin Bunker claim another victim.