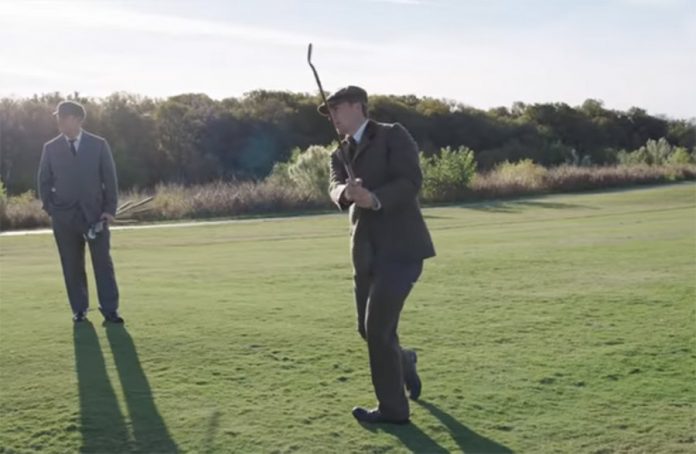 Jordan Spieth, and his father Shawn, traveled over to Scotland to tape a segment with the Golf Channel as part of a promotion for the movie TOMMY’S HONOUR.

The two-time major champion, and his dad, dressed in vintage 19th century golf apparel, and took swings at St. Andrew’s with some relic wooden golf clubs.

During the behind the scenes special, Spieth struggled to hit the ball straight (or very far), and admitted he “gained a bit more respect” for the players of that generation.

We did notice, however, that Spieth was able to pull off one important aspect of his valuable swing, even with the unforgiving hickory sticks – the patented club twirl.

Here’s the quick clip, put to a little background music and some sound effects.