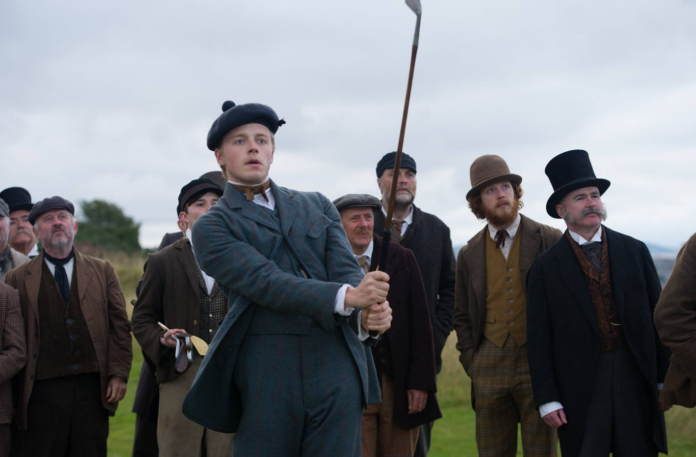 If you happened to watch any of NBC’s broadcast of the WGC-Dell Match Play this weekend, you probably caught a glimpse of the trailer for TOMMY’S HONOUR, a feature film based on the 2007 book of the same title by Kevin Cook, the former Editor-in-Chief of GOLF Magazine.

Directed by Jason Connery, son of legendary Scottish actor Sean Connery, the film is an historical drama based on the true story of “Old” Tom Morris Sr., and his son, “Young” Tom, of St. Andrews, Scotland – two of golf’s most revered historical figures.

The film covers the period of Victorian Scotland, and narrates the complex relationship between Tom Sr., a traditionalist who conforms to the rigid social hierarchy of the game, and his son, Tom Jr., a once-in-a-lifetime golf prodigy with a brash personality to match.

“TOMMY’S HONOUR is an emotionally powerful and genuinely inspiring film with jaw-dropping scenery… Director Jason Connery delivers an epic feature film that will mesmerize your eyes, break your heart, and soothe your soul – all at once… TOMMY’S HONOUR will almost assuredly become one of the great golf films of all-time. FIVE BIG STARS!” 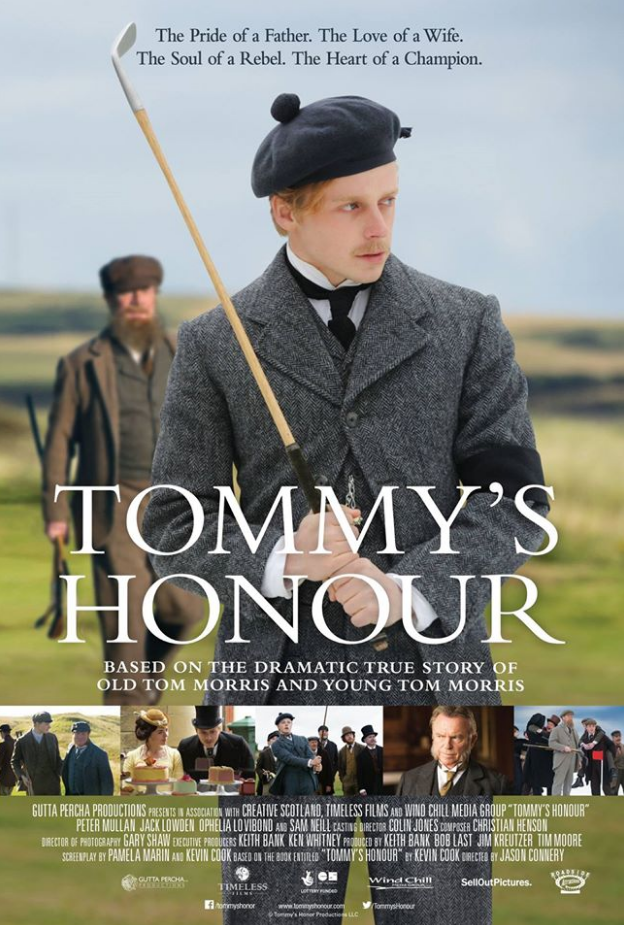 The following quotes from Tommy’s Honour weave the story of a prideful father and his talented son who challenges the 19th century’s rigid class hierarchy.

“I taught him everything he knows.”
— Old Tom Morris, wryly commenting on his son’s golf talent.

“That young lad of yours… he’ll make a fine caddie one day.”
— The Royal and Ancient Golf Club member reminding Tom Sr. of his social status.

The Dreams of a Son

“Well, I’ll be a golfer.”
— Young Tommy Morris telling his father he doesn’t want to become just another caddie.

The Prejudice of Aristocracy

“You’re station in life was set before you were born.”
— St. Andrews chief Alexander Boothby telling a now-confident Tommy that he’ll never be part of the upper-class.

“I don’t want to spend my days teeing up gentleman who think they’re better than me. Can you not see that!?”
— Young Tommy arguing with his father about his future.

“You’re a hero to this town. But a gentleman you’ll never be.”
— Alexander Boothby, to a now-famous Tommy Morris.

The Brash Son Breaks Through

“Money, glory, love.”
— Young Tommy, now considered “the best in the game,” proudly states why he plays the game. 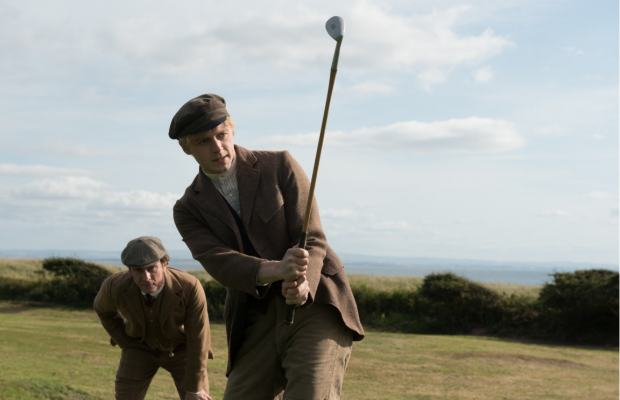 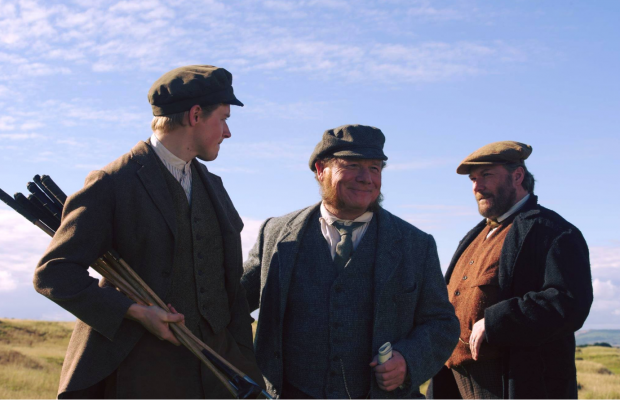 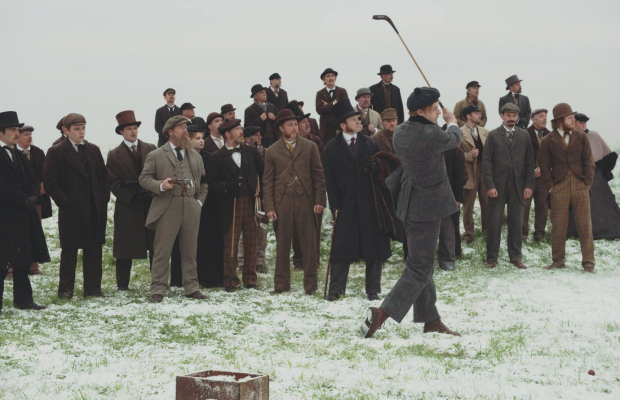 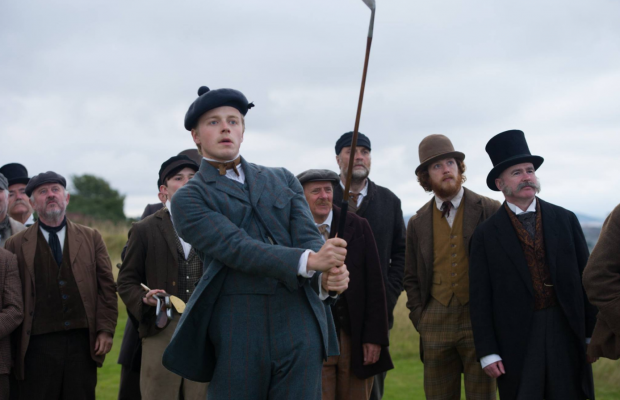 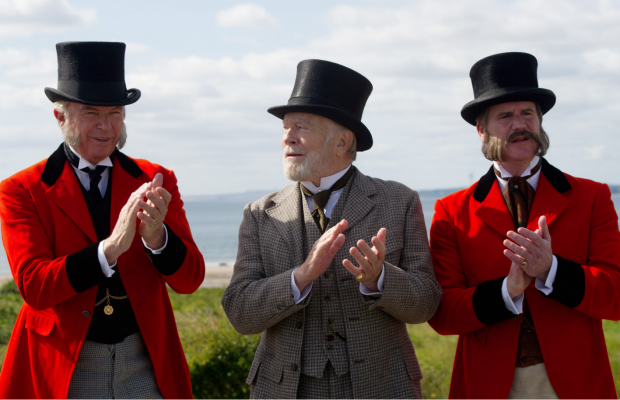 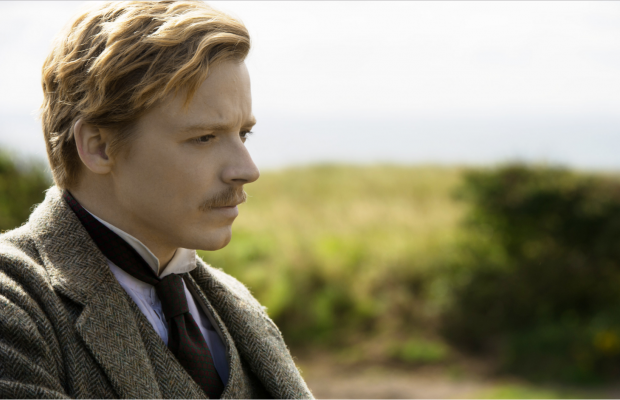 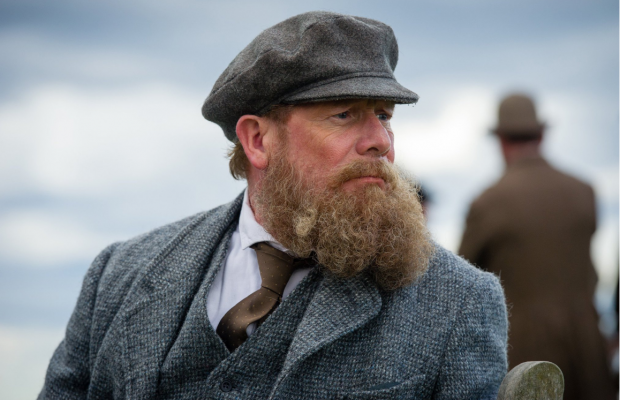 “The rare sports biography that keeps its eye on the ball of character and milieu.”
— Ray Greene, TheWrap

“Though it may tell of one family’s story in the late nineteenth century, and the superb costume and period attention to detail are firmly rooted in its time and place, the case that Tommy’s Honour makes for breaking tradition, being true to oneself and challenging authority establishes thematic ties that are timeless.”
— Matthew Anderson, Cine-Vue

What The Golf World Is Saying

“It’s a film that takes you into the soul of the game. Remarkably well done and enjoyable on every level!”
— Bill Macatee, CBS sportscaster

“TOMMY’S HONOUR is a beautiful tribute to the game. I felt like we were dropped out of a time machine and given the chance ‘to feel’ what golf was like over a century and an half ago. For those of us stateside, the extra ‘U’ in Honour is for YOU to make sure to see this most authentic cinematic achievement.”
— Jim Nantz, CBS sportscaster

“I hope everybody embraces this film, because it is a poignant story that is so beautifully depicted.”
— Ben Crenshaw, Two-time Masters Champion

“It’s not only an important film for the sport of golf, it’s entertaining, poignant and enjoyable for anyone.”
— Rich Lerner, Golf Channel

Behind The Scenes Featurette

Watch Jordan Spieth Twirl The Hickory Stick Like a Boss