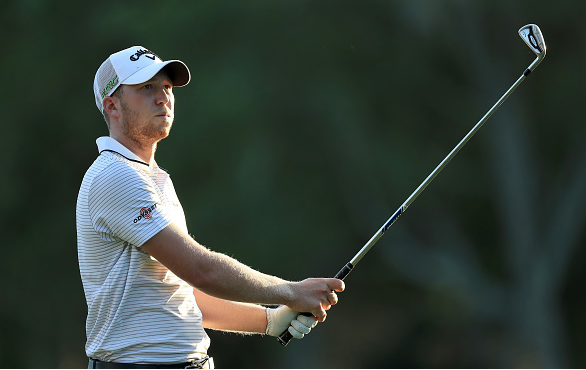 Russell Henley fired a final round 65 to capture the Shell Houston Open – his 3rd PGA Tour title. Henley came back from four shots to start the day and finished the week with an invite to Augusta. Pretty solid prize to go along side the $1.2 million he won.

After playing his first 36 holes in 16-under, Sung Kang only managed to play the weekend in 1-under and faltered to a second place finish.

Rickie Fowler and Luke List finished at 16-under and a tie for 3rd. Rounding out the Top-5 is Daniel Berger, who carded a 5-under round despite making double-bogey at the last.

To wrap up coverage of the Shell Houston Open, here are the 3 best shots.

The ace made by Angel Cabrera was fitting in multiple ways on Sunday. First, it was opening day for the MLB and what better way to spend it then hitting a walk-off ace to end your week. Secondly, Masters week has officially started and it is almost like Cabrera’s swing knows that.

Final hole of the final round.

The 2009 Masters winner stepped up to the 220-yard Par-3 9th, his final hole of the day, and hit the shot of the tournament.

Kevin Streelman is known for his solid iron play and it showed on the Par-4 17th in his third round. Streelman hit the perfect approach from 165 yards that rolled like a putt right into the back of the cup.

Streelman went on to finish T49 at 1-under.

Berger had another solid showing down in Houston and has been on a roll this year, recording 3 Top-10’s and 5 Top-25’s. Berger hit some excellent approach shots last week but none better then this perfect approach at the Par-4 5th.

Put that putter back in the bag …

Daniel Berger won't need it on No. 5! #QuickHits pic.twitter.com/wT9LU7B6D7

Berger went on to finish in 5th at 13-under.