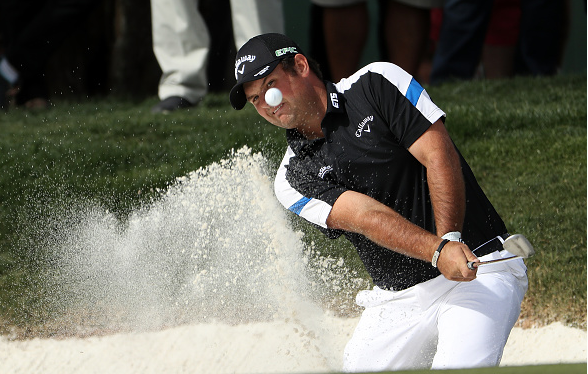 The field for this week’s Valspar Championship isn’t what you’d call loaded. Coming off a World Golf Championship, and long flight from Mexico, many of the top players are taking the week off before next week’s marquee event at The Arnold Palmer Invitational at Bay Hill.

However, the field at Innisbrook does include several big names including two players within the world top-10, Henrik Stenson (#6) and Justin Thomas (#7) – both of who are part of this week’s picks.

Here are this week’s power picks for the 2017 Valspar Championship.

Stenson’s 2017 PGA Tour debut in Mexico last week was short lived, as the world No 6 bailed after 11 holes due to a stomach virus (water?). So he’s hoping to make Valspar his first full PGA Tour event of the new calendar year.

The 2016 Open Champion will be making his third appearance at Innisbrook. Last year he finished T11, and in 2015 he was solo-4, missing a playoff by a single stroke.

In the Valspar field, only Thomas and Stenson rank in the top 10 of the OWGR. Thomas has gotten his season off to a ferocious start to his 2016-17 Tour season, with 3 wins in just nine starts – matching the most wins anyone had all of last season.

The 23-year-old Thomas arrives at Innisbrook fresh off another strong performance with a T5 at the World Golf Championship in Mexico. This will be Thomas’ third appearance at Innisbrook. He was T18 last year and T10 in 2015. Currently leading the Tour in birdie average, Thomas is a threat on any course right now.

But Reed has played well at Innisbrook, posting a T7 last season and a playoff loss in 2015, so we’re looking for him to bounce back this week. He’s too good to have a long slump.

Like Reed, Watson was a member of the U.S. Olympic golf team. And like Reed, he too is in a slump – and a longer one at that. Last year at this exact date, Watson was coming off a recent win at Riviera and a T2 at Doral. He was ranked #4 in the world, and was considered a lock for the Ryder Cup team. A mid-to-late season slump, however, knocked him off the Ryder Cup team. And one year later, Watson is not even ranked inside the top-15.

Schwartzel has had somewhat of a career rebirth after his win at Inisbrook – his first on U.S. soil since his 2011 Masters win. Following his Valspar victory, the South African had three top 10 finishes on Tour, including a T4 at the BMW Championship and T10 at the TOUR Championship. He followed that up with a solo 3rd at the DP World Tour Championship (the Euro Tour’s version of East Lake).

For the 2016-17 season, Schwartzel has played in two Euro Tour events (T3, Alfred Hill; MC, Maybank), one PGA Tour event (MC, Genesis Open), and one World Championship event (T38, Mexico). Despite the small sample, and medicore results, the former major champ should arrive in Florida with confidence, simply based on historical data.