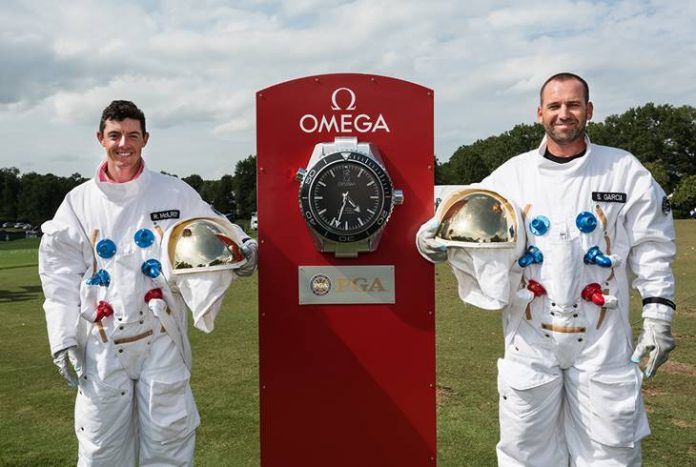 On most video clips of Rory Mcllroy, we are shown explosive drives that soar 300-400 yards, but today he took flight for real, (well at least dressed the part).

"Houston, we have a problem" #DriverStillGoesOver300 @omega

As part of a promotion for OMEGA’s Speedmaster, which reportedly has been worn on all six lunar landings, earning the nickname “the Moonwatch,” McIlroy and Sergio Garcia donned astronaut suits and took turns hitting some golf balls while driving a lunar rover around Quail Hollow Club to kick off PGA Championship week.

“I never thought I’d see the day a lunar rover touched down on a golf course, but it is a cool way to celebrate the 60th anniversary of the Speedmaster,” said McIlroy. “I had a lot of fun today with Sergio and wearing the suits gave the impression of being on the moon. Definitely a fun way to start the week with OMEGA, ahead of the PGA here in Charlotte.” 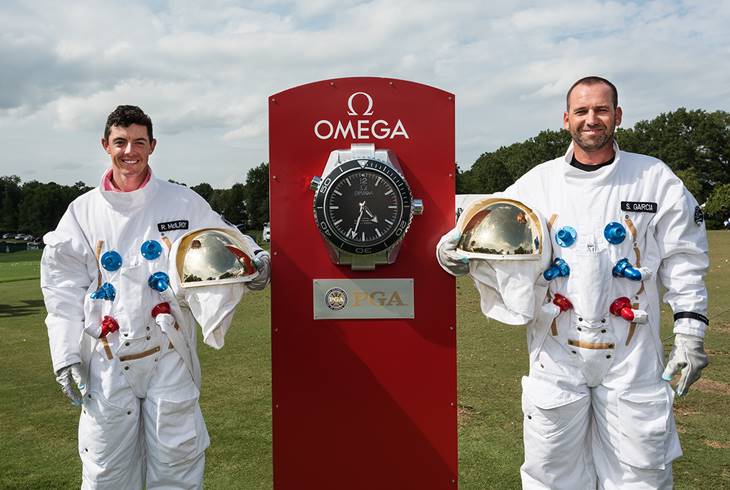 Rory still managed to hit a drive 300, even with the heavy equipment (or so he says).

Chances are Mcllroy will not require any help from space this week in Charlotte, where he’s won twice, and is a favorite – maybe just a boost from his off and on again putter.