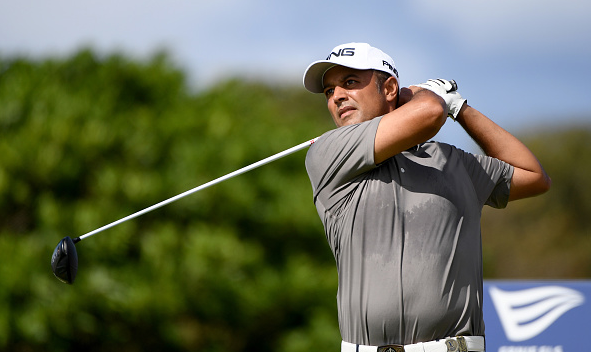 India’s Arjun Atwal posted a second-round 70 to reach 10-under par and maintain his spot atop the leaderboard at the halfway point of the AfrAsia Bank Mauritius Open. 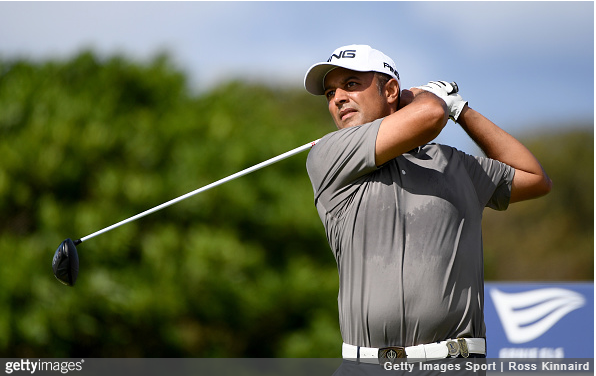 Atwal began the day four clear of the field following a course-record 62 at Heritage Golf Club on Thursday, but his advantage was down to a single shot after Dylan Frittelli and Laurie Canter posted second-day 66s to sit at 9 under, alongside Louis de Jager.

The South African Frittelli finished his second round with a highlight reel performance – hitting his tee shot to a couple of feet of the pin on the 335-yard par-4 ninth, then tapping in for eagle.

To reach 66, Englishman Canter offset a couple of early bogeys with back-to-back birdies down the stretch to hit the weekend on a high note.

Frittelli’s compatriot, De Jager, meanwhile, closed with two birdies over his final three holes, including a ten-footer at the last, to join the T2 group.

The trio, though, will still be chasing three-time European Tour champion Atwal, who, despite an up and down day with three birdies against two bogeys, will have his name at the top of the board when the sun rises Saturday morning on the African island.

“The putter was definitely not as hot as the first day. I was hitting the ball just as good but it is tough to follow up a 62 with another low round. I’ll take this one-under,” said Atwal, who is best remembered for his surprising win at the 2010 Wyndham Championship.

Louis Oosthuizen, the field’s top-ranked player, posted a 68 to remain in the hunt – just three shots back at 7 under.

Frittelli’s poke on the par-4 ninth hole, leading to a tap-in eagle.

“I was pleased with how I played, I’m really looking forward to the weekend.”
– Arjun Atwal