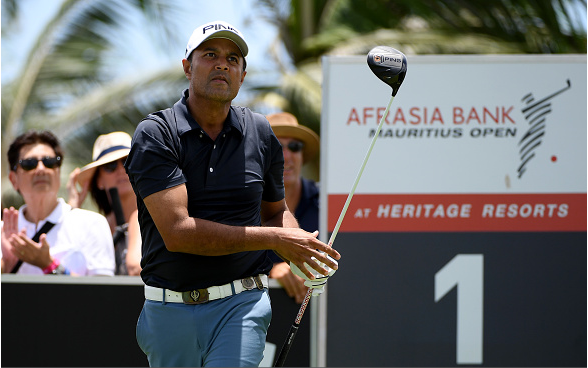 Arjun Atwal posted a 3-under 68 on day three of the AfrAsia Bank Mauritius Open and will head into Sunday’s final round at Heritage Golf Club holding a share of the lead. 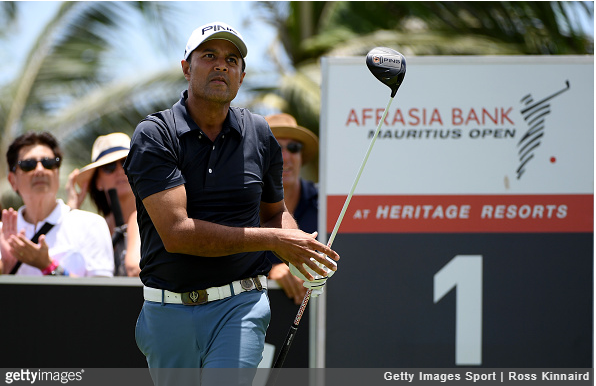 The 44 year old Indian, who has been at the top of the scoreboard after each round, is tied with South African Louis De Jager at 13 under.

Atwal appeared headed for the sole 54-hole lead until a three-putt bogey on 18 shaved a shot off his card.

“I played solid all day except for a blip on the last hole which won’t bother me. It did play harder today,” said Atwal.

“I’m really looking forward to Sunday. With the way I’m playing, I think I have a good shot at it.”

The 30-year old De Jager, meanwhile, posted a bogey-free 67 with four-birdies, a pair on each side.

“I’m very pleased with my efforts. It was really tough out there today,” said De Jager, a three-time winner of the Sunshine Tour.

“I felt really composed. I was quite cool and calm out there. I didn’t hit the ball as well as the first two days but my short game really saved me today, and my putter really saved me inside the eight-foot range. I made a few crucial putts that really kept me in the tournament.”

“It’s going to be my first time in the final group in a co-sanctioned tournament. I’m going to cherish the moment. I’m looking forward to it and I’m going to go out there and give it my all.”
– Louis De Jager

Louis De Jager Leads Tshwane Open After Round One