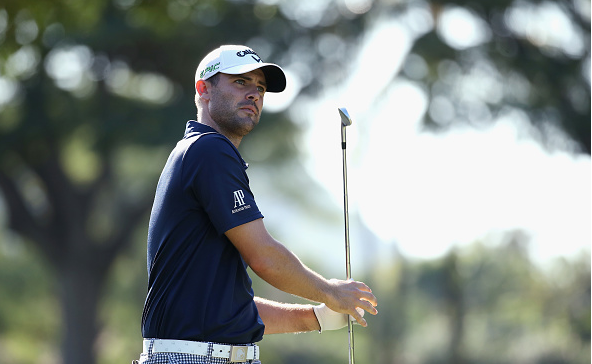 Wesley Bryan’s trick shot skills came in handy when his approach landed next to a bunker at Waialae Country Club during the second round of the Sony Open.

The former YouTube star attempted a shot out of his bag of tricks, and hit his third shot on the par-4 first hole left handed. And as the golf announcer says, “lookee here!”