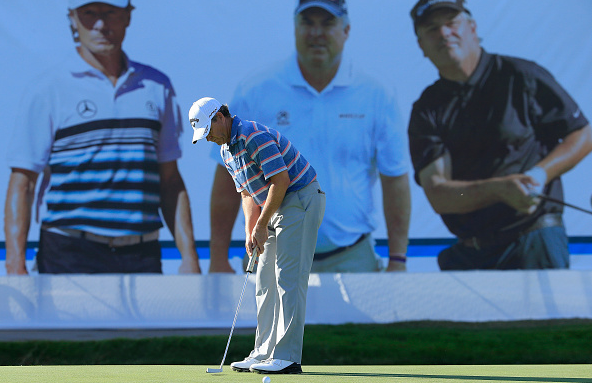 After the opening round of the Charles Schwab Cup Championship, there is a three-way tie atop the leaderboard at Phoenix Country Club, with Paul Goydos, Vijay Singh, and Lee Janzen all posting 7-under 64s. 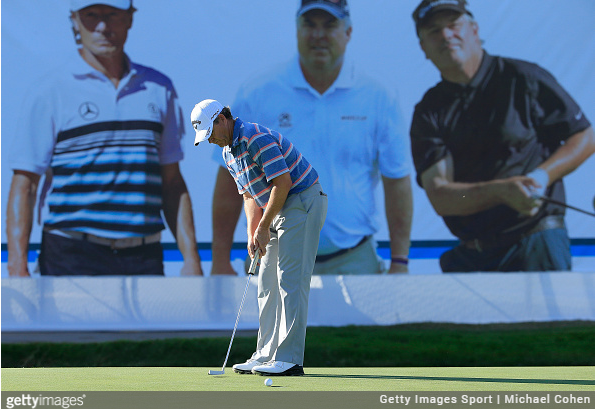 Janzen and Goydos each signed clean, seven-birdie scorecards on Friday, while Singh needed an extra birdie to offset an early bogey on the 2nd to reach 64.

Entering the tournament at No. 9 in the Schwab Cup standings, Singh had a somewhat slow start to his round, and was just 1 under through eight holes. But the three-time major champion got going at the turn, dropping three straight birdies on hole Nos. 9, 10, and 11, followed by three more on 13, 14 and 17 en route to a round of eight birdies and one bogey.

“I drove the ball well, which is key on this golf course. I think you’ve got to hit a lot of fairways. Putted nicely, made some nice good putts,” said Singh. “So anytime you drive it well and make some putts, you’re going to shoot a low one. So very happy with the start and hope to keep it going.”

“I don’t really feel like I’ve got complete control of my game, which it would be great if I did, but my strategy was just to try not to give away any shots,” said Janzen. “And if I can make a few birdies and get under par or at least in the 60s, I would at least not hurt myself too much, so I think 7 under’s a bonus for me.”

Defending champion Goydos also started out a bit pedestrian, making the the turn at just 2-under 34. But, also like Singh, the 51-year old picked up the pace on his inward nine, highlighted by five birdies on his last seven holes, including a final one on the par-5 18th. 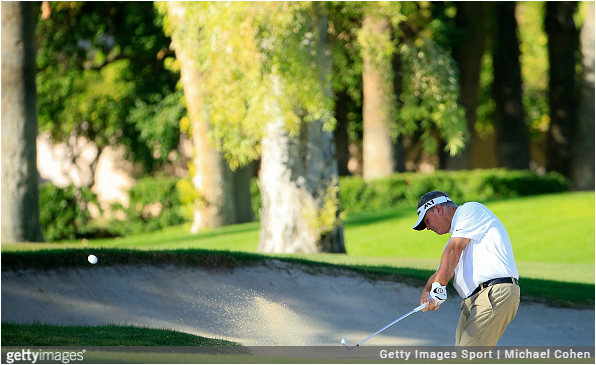 Glen Day and Jerry Smith posted matching 65s and are one back at 6 under. A group of three, including Corey Pavin, Joe Durant and David Toms, are 5 under, and two off the lead.

Of the top-five points leaders, only Scott McCarron (69) and Kevin Sutherland (70) finished under par on the day.

“I think this is a great setup for us. We don’t completely — we’re not going to completely overpower this golf course with length like the youngsters would do, so I think it will provide a good enough test amongst ourselves, even though scoring’s going to be great because conditions are phenomenal. Greens are perfect. You’re not going to find a better surface to putt on. And the weather is like being inside basically, hardly a breath of wind so the greens are fairly receptive. There’s some firmness to them so you have to make sure you’re coming from the right angle. But if you’ve watched the play on the PGA Tour Champions this year, I don’t know that it’s ever been any better. The conditions — course setups haven’t changed any on our tour, but the scores have gotten lower, which means everybody’s starting to play better. We’re pushing each other and the competition’s causing that.”
–Lee Janzen, on the conditions at Phoenix CC