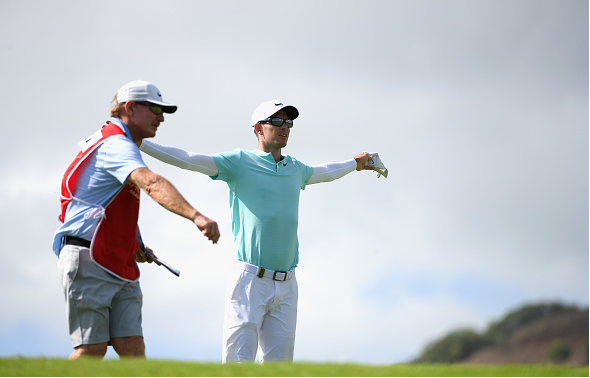 Dylan Frittelli rode this saved par on the sixth hole to a final-round 67 and a spot in a playoff at the AfrAsia Bank Mauritius Open – where the South African won the title on the first extra hole.

1. Tee shot lands behind some brush and trees.
2. Second shot punched out while breaking his club.
3. Approach shot lands short of the green.
4. Chip shot lands in the hole for a par-four.