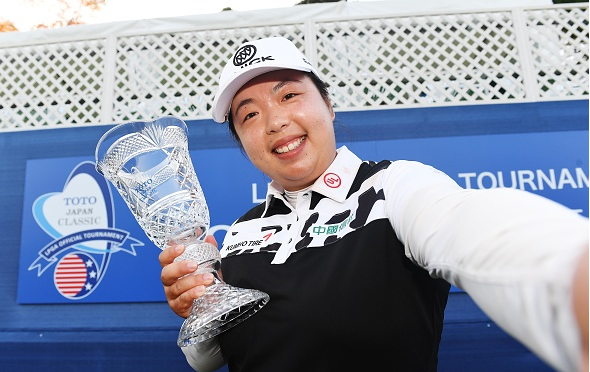 Feng, 28, becomes the season’s first player to successfully defend a 2016 LPGA title, and the eighth player this year with multiple victories. 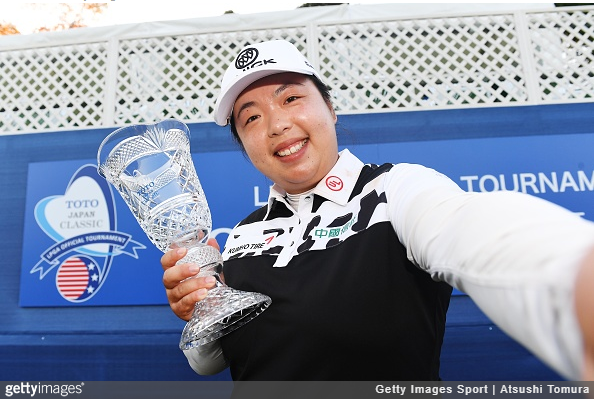 “That was my goal, before I started the week, to defend my title. My caddie told me: ‘This week, you’re going to be first. Two weeks ago, you finished third. Last week, you finished second, so you know what comes after that… first.’ I was like, OK, let’s go for it,” said Feng. “Here I am, and I’m really happy.”

Feng got off to a sluggish start on Sunday, bogeying two of the first three holes at Taiheiyo Club’s Minori Course.

But the Chinese star settled down nicely, and went bogey free over her final 15 holes, highlighted by five birdies to finish at 19 under, two shots clear of runner-up Ai Suzuki.

“Her ball striking is so good. She left herself so many birdie chances and I was freaked out,” Feng said of Suzuki. “Before I started the round, I told myself to not look at the other scores and just go to 21-under par. I played very well. I’m very honored and happy to play well in Asia, as an Asian.”

In her last three starts in Asia, Feng has finishes of T3 (Swinging Skirts) and T2 (Sime Darby), to go along withe her victory in Japan.

Suzuki (68) finished solo second at 17 under, but made a valiant effort down the stretch.

The young Japanese star found herself down three after 13 holes, but caught fire with birdies on 14, 16 and 17 to cut the lead to just one shot, heading to No. 18. 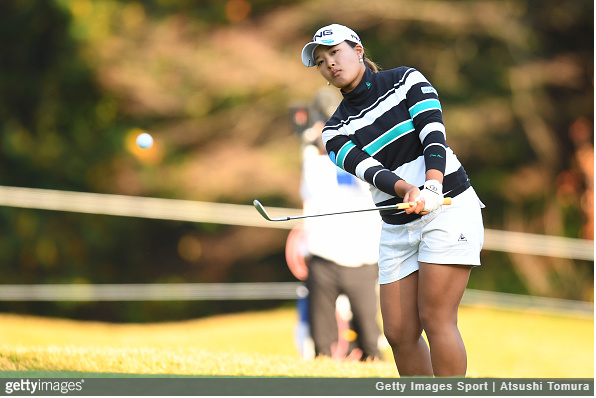 A par by Feng, coupled with a Suzuki bogey, ended the drama, but the appreciative Japanese golf fans stood on their feet for both the champ and the hometown hero.

“It was good three days, that I was able to keep my motivation high. Shanshan made some good putt, where she has to make. But I never gave up until the last hole,” said Suzuki. “Mentally and technically I really learned lots this week. I need more putting practice for three more tournament that I am going to play here in Japan.”

Anna Nordqvist fired a 6-under-par 66, highlighted by a hole-in-one on the par-3 3rd, to finish solo third at 15 under. Along with her two victories in 2017, this marks the Swede’s sixth top-10 finish.

Lizette Salas signed for a 4-under 68 and finished alone in fourth at 13 under. The suddenly-hot American now has four top-5 results in her last five starts.

A group of seven golfers finished at 12 under par and T5, headlined by former No. 1 Lydia Ko, who recorded her fourth top-5 in her last seven events.

WIRE TO WIRE FOR FENG