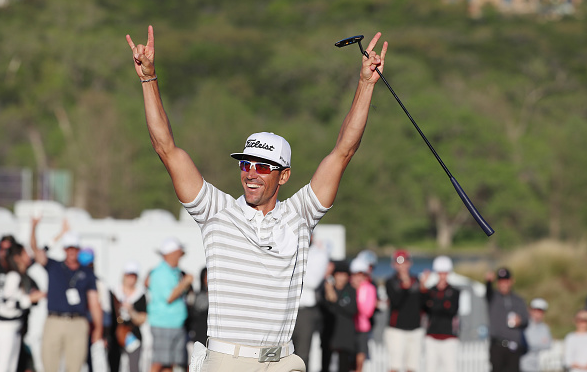 During the 2016 Dell Match Play, Rafa Cabrera-Bello was the surprise fourth in an otherwise top-ranked final four. The then-36th-ranked player, had just come off an impressive T11 at the WGC-Caddillac, and two earlier 2nd place finishes in Europe, however, he was in the semi-finals with three former major winners who were all highly ranked at the time – Jason Day (1), Rory McIlroy (3) and Louis Oosthuizen (11).

Cabrera-Bello was able to make the weekend, thanks to incredible putts like this in a second-round match against Kevin Kisner.

Putting off the second cut on the 15th at Austin Country Club, Cabrera-Bello drained a 75-foot bomb for birdie – that never looked like it had a chance, even at the end!

Cabrera-Bello went on to lose to Oosthuizen in the semis, but beat McIlroy in the consolation match to grab the bronze. He would finish 4th at the Shell the following week, and T17 at Augusta the next week. This stretch of golf, 8 starts in all (T2, T2, T36, T11, 3, 4, T17, T16), is ultimately how Cabrera-Bello won spots on both the Olympic team and the Ryder Cup squad in 2016.