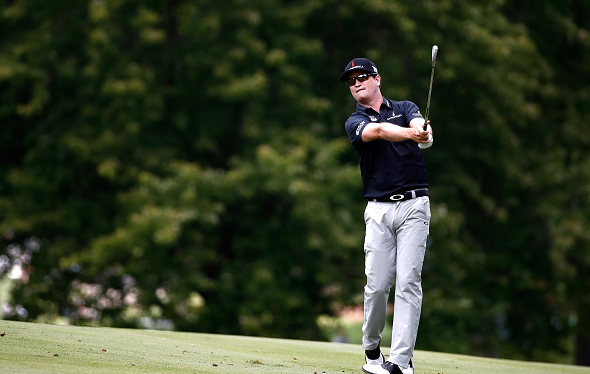 Zach Johnson fired a 5-under 65 on Saturday at Firestone Country Club to grab a share of the 54-hole at the WGC-Bridgestone Invitational.

The two-time major champion is tied at 9-under, along with Thomas Pieters, who posted a round of 4-under 66. 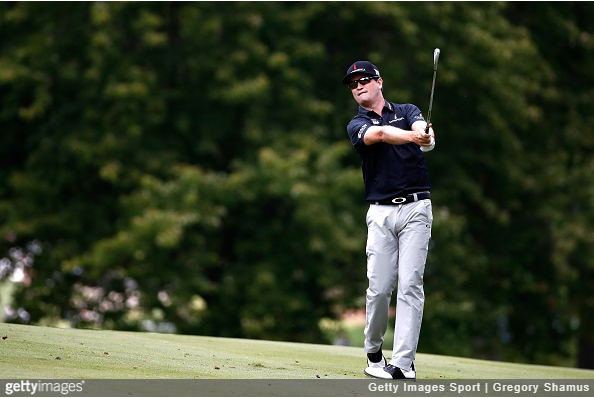 Johnson finished his third day in Akron with three bogeys against eight birdies, including a final one on the difficult par-four 18th hole.

Afterwards, the 41-year-old Johnson cited a new driver he put in his bag at Royal Birkdale for his recent improved play.

“This is the best I’ve driven it probably all year. It’s probably the best driver I’ve had in my bag all year, if not ever, so very encouraged. After cracking a face at the British, this is the most I’ve been encouraged,” said Johnson, who struggled for much of the season, until breaking through with a T5 at the John Deere.

The 25-year old Pieters, who has been near the of top leaderboard since the opening-round, got off to a hot start with three straight birdies, and was 5-under through eight holes. But the young Belgium star went ice cold down the stretch, playing his final 10 holes at 1-over to finish with a 4-under 66.

“I don’t know what to say. First eight holes I was in the fairway, hit good shots, made putts and the last 11 is a struggle,” said a frustrated Pieters. “I just was out of position every hole. Tomorrow I’ve just got to figure out a way to hit fairways, that’s it.”

Australian Scott Hend is alone in third at 8-under, following a low-round of 63. Two back of the leaders is world No. 3 Hideki Matsuyama, who posted a second consecutive 3-under 67. The 25 year-old from Japan sits in fourth at 7-under.

Rory McIlroy is three shots back after a 2-under 68. The four-time major winner got hot at the midway point with birdies on 9, 11, and 12, but went dry after that, closing with six straight pars.

“I felt like I could have got a lot more out of it,” McIlroy said. “I think if I would have walked off today with a 65 or a 66, I would have felt that was a fair reflection of how I played. But only three behind going into tomorrow, I can get off to a fast start and try and put a bit of pressure on the guys up ahead of me.”

Adam Hadwin and Charley Hoffman shot matching 67s and are also at 6-under. Russell Knox (68) is in the eighth-spot at 5-under, while Paul Casey (67) sits in ninth at 4-under.

“It was good, I gave myself a lot of great opportunities. I think I missed a couple fairways. Maybe. One or two, two or three fairways. Hit a lot of greens in regulation. Just a solid day all around. I drove it good, I putt it good. I felt like I left some out there but at the same time I know I made a few, too.”