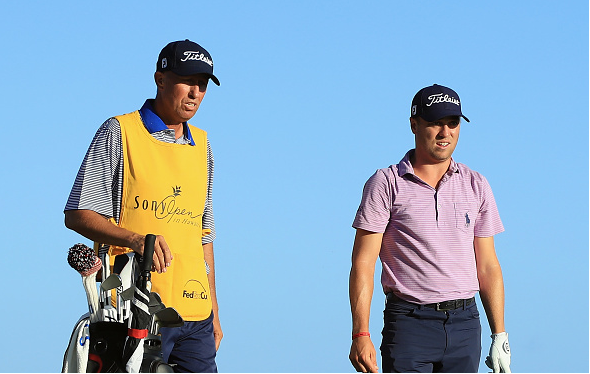 During a pre-tournament press conference at TPC Scottsdale, in advance of the 2018 Waste Management Phoenix Open, Justin Thomas “applauded” J.B. Holmes for taking over 4 minutes to lay up on the 18th and final hole of the Farmers Insurance Open.

To provide transparency, here’s the question, and full answer. 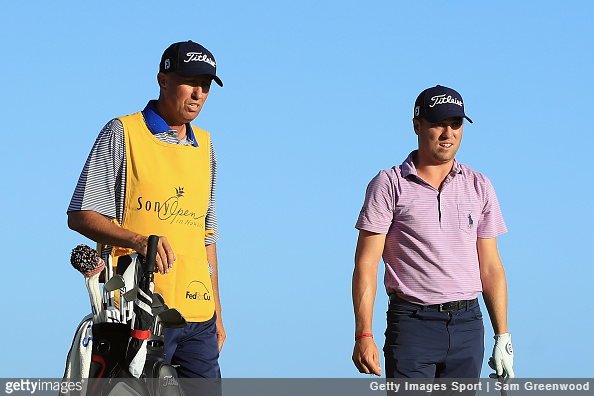 What did you think about the Sunday with JB and 18 and what were your thoughts on that?

THOMAS: “I have JB’s back all day on that situation. I think the — it bothered me and I hate it for him.

If I have a 5-wood in my hands — and he hits it pretty similar trajectory to me — that thing’s going to go high. And into the wind, he’s into about a 10, 15 mile an hour wind, that wind gusts at all, like it was, when he was waiting for the gusts to go down, that ball’s in the water. 3-wood, as long as he hits it, has no chance.

You saw where Noren hit it and JB’s probably longer than Noren, so and then he’s got no chance.

So he’s debating what to do, what to not do.

Obviously it took awhile, but that’s another thing. You get 25 mile an hour winds, you get tough pins, you get firm greens, time par goes out the window. And that’s something that we have really tried to talk about a lot on the TOUR and everything like that.

It was a bummer, I hate it for him, how much he’s getting bashed and ridiculed. He obviously wasn’t — there was zero intention to ice Alex, that’s not what this sport’s about, that’s not what he’s about.

But when you’re trying to win a golf tournament, this sport is very much about committing and being a hundred percent being all in on what you’re doing. I honestly applaud him for waiting and making the decision until he was ready, because he was just trying to win the tournament.”