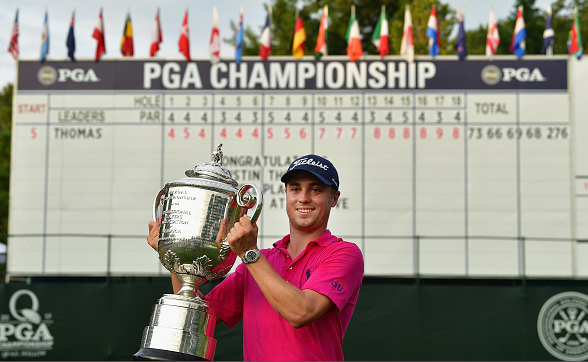 CHARLOTTE, N.C. – Somehow you knew it was going to come down to Quail Hollow’s famed Green Mile.

Admit it. We expected something more like we witnessed Saturday – leaking oil, loose handling, maybe the wheels coming off somewhere. Wreckage. Something befitting the NASCAR Hall of Fame a few miles down the road. 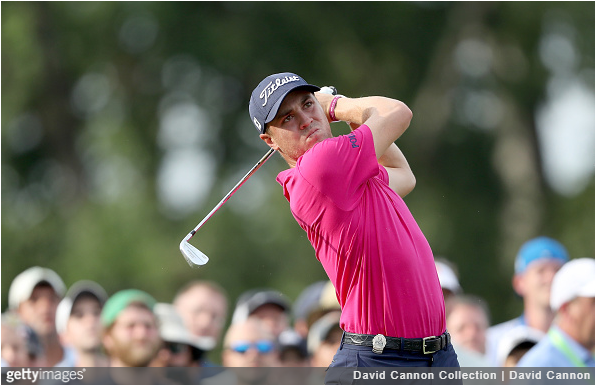 We got enough of that Sunday, too. But the turning point of Sunday’s PGA Championship finale was when Justin Thomas found another gear at the par-3 17th.

From 214 yards away, Thomas’ 7-iron tee shot touched down on the green’s right front and made a nifty left turn toward the flagstick, hitting the brakes about 15 feet from the hole. He converted the birdie, taking a two-shot cushion to the final hole.

“Probably one of the best golf shots I’ve hit in my life,” Thomas said after taking possession of the Wanamaker Trophy.

Before that, too, Thomas produced a clutch par save at No. 16 after driving into the right rough. Hey, it doesn’t always have to leave debris. Every so often, someone manages to tame a brute, however briefly.

“(No.) 17, that was brutal,” Thomas said. “To make a birdie there was just a bonus. It let me limp up there on 18 (for a clinching bogey after finding a fairway bunker).”

That was one of just two bogeys Thomas made all week on the Green Mile – the other coming at No.17 in Thursday’s opening round. 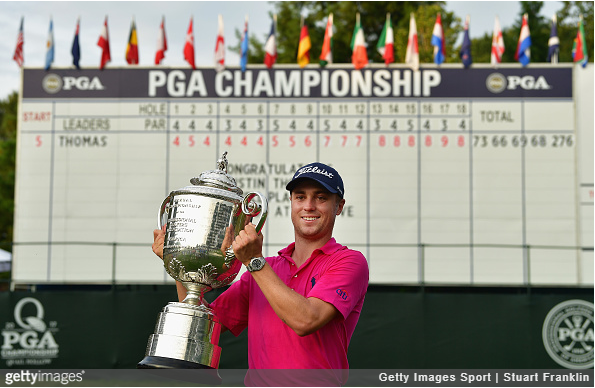 “I felt like I had the game to get it done,” Thomas said. “It was just a matter of going out and doing it.”

Somebody had to. Amid Sunday’s final three pairings – everybody within four shots of Kevin Kisner’s 54-hole lead – Thomas and Louis Oosthuizen were the only ones to exit the Green Mile in no worse shape than they entered.

Kisner played the trio in 3-over, three-putting from somewhere near the county line for bogey at No.16 and finding the creek that runs alongside the 18th for double bogey. Chris Stroud finished his round double bogey/bogey/bogey.

Hideki Matsuyama and Grayson Murray did slightly better, each carding bogeys at both Nos. 16 and 18.

“The rough is really thick. There’s water in play. It’s long,” said Francesco Molinari, whose bogey at No.16 halted a run of four birdies in his previous five holes that briefly gave him a share of the lead. “I mean, there’s nothing really easy about it.”

Thomas, for his part, toured the Green Mile in even-par each of the last three days. Field average for the week: A full 1.064 over par. 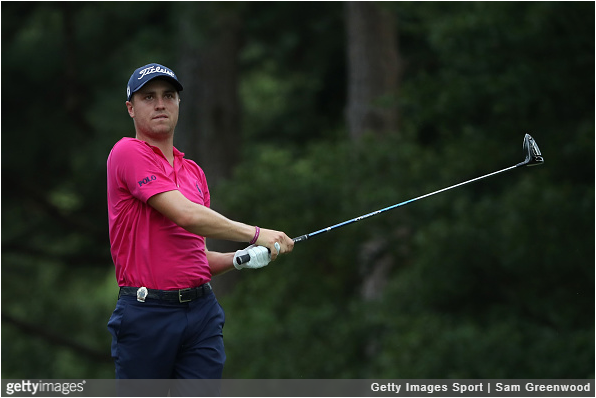 Not that this was any sort of secret. Since 2003, when Quail Hollow became an annual PGA Tour stop, no closing stretch has been tougher than the Green Mile. And it’s not even close.

Quail Hollow’s trio played to an average of .916 over par through those first 14 editions. Though conditions vary from year to year, the Green Mile has never ranked worse than third-toughest in any of those seasons.

No.2 is Muirfield Village, where the Memorial Tournament’s closing stretch has played .598 over par during that stretch. Yes, a full third of a shot easier.

“The Green Mile is no pushover,” said Rickie Fowler, a onetime Quail Hollow winner when he captured a 2012 playoff over Rory McIlroy and D.A. Points.

And that was before they gave it a major-championship setup.

“That finish is just brutal,” said Kisner, a Charlotte native whose in-laws are longtime Quail Hollow members and who annually plays the Wells Fargo Championship.

Driving home the point, Kisner reeled off his club selection on the closing trio. “I hit driver/5-iron, 5-iron, driver/5-iron,” he said. “We don’t do that much on tour.”

After Saturday’s final three groups played the Mile in a combined 15-over – including Jason Day’s quadruple-bogey adventure out by the portable toilets right of the 18th fairway – Sunday seemed set to be one of those finales remembered more for who lost it than who won.

Think Phil Mickelson out by the Winged Foot merchandise tent and Colin Montgomerie’s flubbed iron at No.18 in 2006. Late stumbles by Jim Furyk and Graeme McDowell at Olympic Club five years ago. Jean Van de Velde barefoot in the Barry Burn at Carnoustie, circa 1999.

It didn’t quite happen that way. As much as the Green Mile can break golfers, it made Justin Thomas a major champion Sunday.

Really, isn’t that the way we’d prefer to see it?