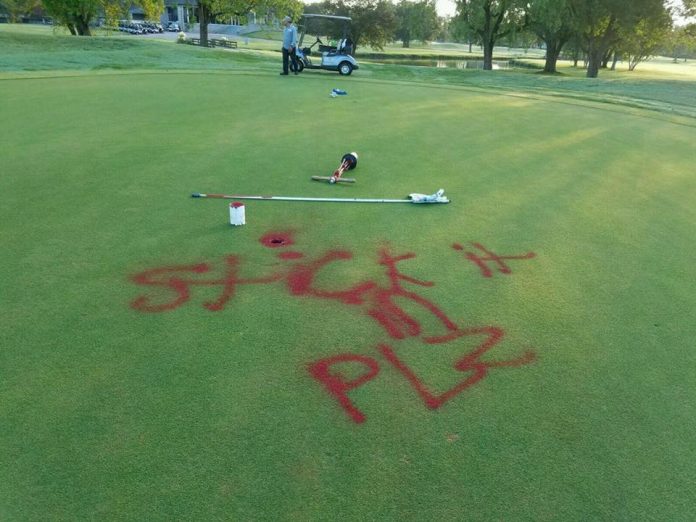 The staff at South Shore Harbour Country Club are asking for help from their members in identifying the immature perps who vandalized their green.

Would hate to see what was spray painted on the driving range and the tunnel. It must be too vulgar to post on Facebook if they chose to use the picture of “Stick it in Plz.”

According to a report on Chron.com, Rick Parillo, the GM of the golf course, believes the culprits could have been two teenagers he chased away the night before the vandalism occurred.

Like the GM says, hopefully these knuckleheads brag about it at school or post some cryptic message on Twitter and we can put an end to this drama.