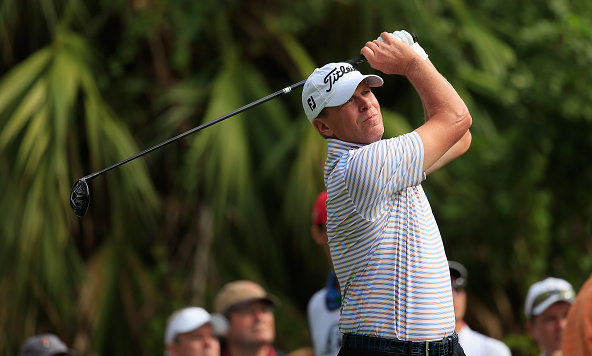 Sean O’Hair and Steve Stricker birdied seven of their first eight holes at Tiburon Golf Club en route to a 15-under 57 and the first-round lead at the QBE Shootout. 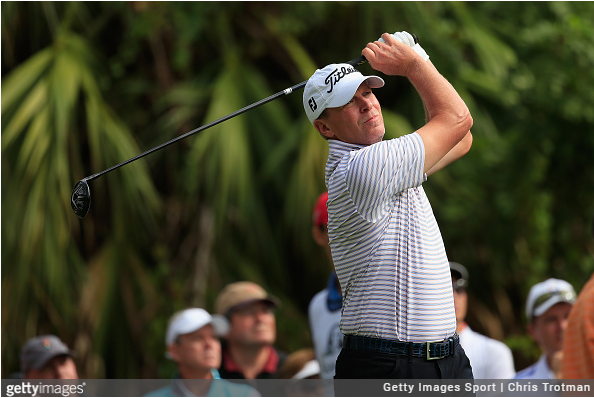 After turning at 7 under, the O’Hair-Stricker duo closed its final nine holes in Naples with an eagle and six birdies, highlighted by its 13th birdie of the day on the par-4 18th to finish one clear of Keegan Bradley and Brendan Steele.

“It wasn’t one sided or the other, it was just a great team effort I thought,” said Stricker, who is playing his 10th consecutive shootout. “He (O’Hair) made some great putts early in the round and he showed me the line when he didn’t make the putt, and so it was really a good team effort and I feel very comfortable with Sean.”

“Just really felt like it was a good pairing. We kind of ham-and-egged it pretty good today and it was fun,” added O’Hair.

Bradley and Steele made eagle on the first hole on their way to a front-nine 8-under 28. On the inward nine, the pair added six more birdies, highlighted by five straight on hole Nos. 13-17, good for a 14-under 58.

Brandt Snedeker and Bubba Watson posted a 13-under 59, which included 11 birdies and one (hole-out) eagle, to sit in solo-third.

A group of three teams are at 11 under and tied for fourth. Defending champions Harris English and Matt Kuchar opened with a 9-under 63 in Friday’s Scramble format. Saturday’s second round will use a Modified Alternate Shot format.

It’s so much fun to be here and to play in the event and to play those two pro-am rounds is fun. The guys are really loose, the amateurs are loose, the dinner parties are a lot of fun. The whole week is a great week and it’s for a great cause.

To be here with Greg, who’s meant so much for the game over the years and been an idol of mine when I was growing up as a kid watching him play, you put all that together and to play with a friend, it’s a pretty special week.”
– Steve Stricker