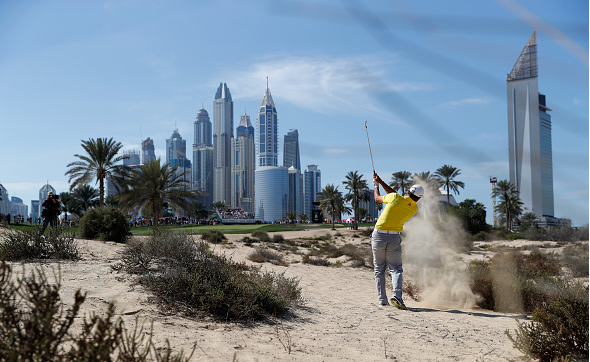 Following a week in Abu Dhabi, the European Tour travels just an hour north for this week’s Omega Dubai Desert Classic at the Majlis course at Emirates Golf Club. 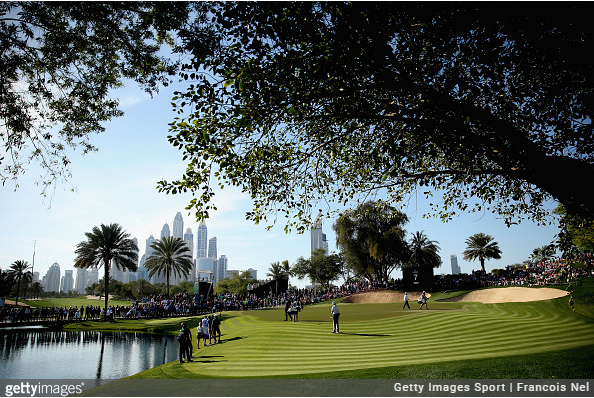 The nearly-30 year old pro golf event has been part of the European Tour’s schedule since its debut in 1989, and was the first Tour event staged in the Middle East. 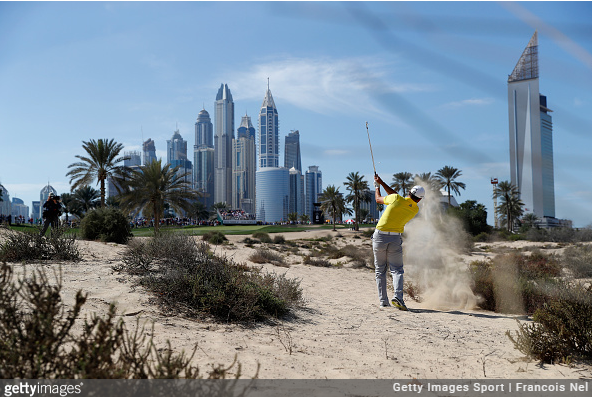 Englishman Mark James was the inaugural winner, edging Aussie Peter O’Malley in a playoff. With the exception of the 1999 and 2000 editions held at Dubai Creek Golf & Yacht Club, the “Desert Classic” has been played on the Majlis course at Emirates Golf Club.

Els has won the tournament three times, while Woods, McIlroy and Stephen Gallacher are two-time winners.

The tournament’s claim to fame is that it was the first live event broadcast on Golf Channel (1995).

Sergio Garcia went wire to wire to win the Omega Dubai Desert Classic, his 12th European Tour title. After an opening round 65, the then 37-year-old Spaniard never trailed, finishing with a final round 3-under 69 to beat Sweden’s Henrik Stenson by 3 strokes. 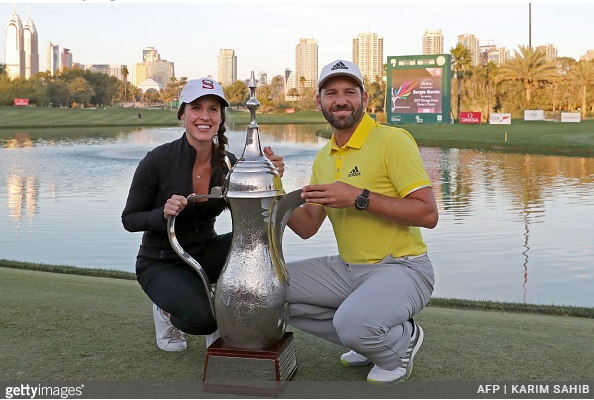 Tyrrell Hatton, of England, and Denmark’s Lasse Jensen tied for 3rd at 14-under. Englishman Matthew Fitzpatrick and Peter Uihlein of the United States rounded out the top-5, both finishing at -12.

It was Garcia’s first win on the European Tour since the 2014 Commercial Bank Qatar Masters. The win moved Garcia back into the world top-10 – from 15 to number 9.

The field this week in Dubai is headlined by two of last weekend’s winners in Sergio Garica (Singapore Open) and Tommy Fleetwood (Abu Dhabi Championship). 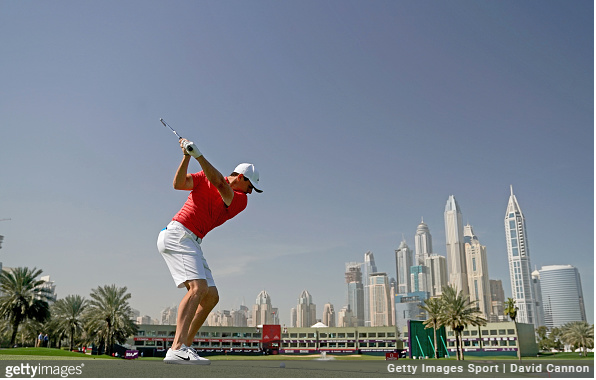 At No. 9, Garcia is the highest world-ranked player in the field.