Tee Times for the first round of the WGC-Bridgestone Invitational have been published by the PGA Tour. The first off the tee will be a twosome made up of Byeong Hun An of South Korea, and the USA’s Jim Herman.

Herman and Hun An are one of only two pairs in the field, with the other being the duo of Justin Thomas and Thailand’s Kiradech Aphibarnratthe — who go off at noon. The remainder of the field is grouped in threesomes.

The first tee shot, by the aforementioned twosome, will be launched at 10AM, with the final group, led by defending champ Shane Lowry, going off about 4 hours later at 2:00PM.

The Tee Times per PGA TOUR: (All Times Local, EST) 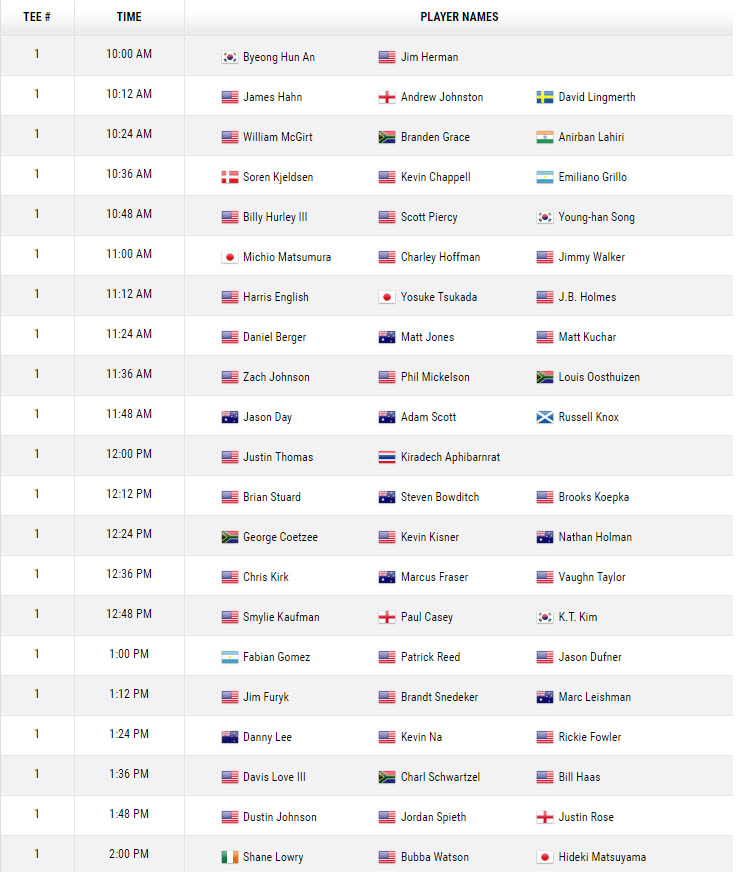