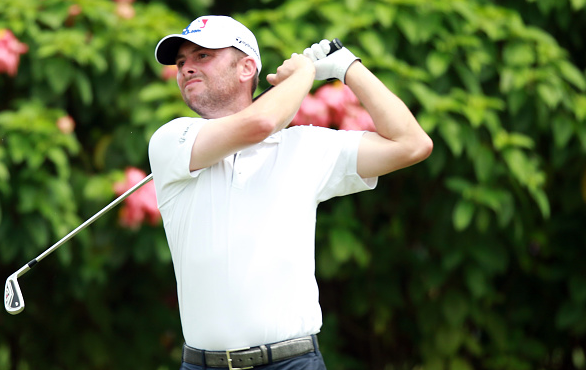 Spencer Levin is one of our favorite Tour golfers, mostly for the every-man persona he displays on the golf course. While stars like Justin Thomas swing the golf club almost effortlessly, Levin’s game appears more like the guy you’d play with at the local municipal, albeit one who walks off each hole with a birdie.

And it’s not just the former chain-smoker’s post-shot gyrations and grimaces, it’s also his frequent use of expletives which have forced golf networks to avoid covering Levin on live TV.

As the LA Daily New wrote, “Except for his skill level, he is you and me out there.” Such as when he had a meltdown at Oakmont during the U.S. Open. A mental fit you normally only see during a Thursday Night beer league.

Well, Levin made news again during round two of the CIMB Classic when he accidentally lost his club during his approach shot on the par 4 17th hole.

It was a funny moment, with a classic Levin reaction (after he realized the club was lost), but it was odd to hear the condescending Golf Channel announcer say Levin “probably kind of looked like a fool right now,” despite the nice shot.

Levin is at 2-under par through two rounds, and sits in a tie for the 46th position.