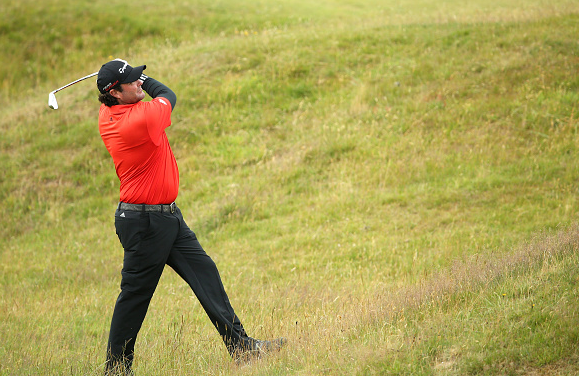 Steven Bowditch, one of the Tour’s nice guys, unfortunately started the new season the way he ended the the last one. By missing the cut.

With his MC at the Safeway Open, following rounds of 78 and 79, Bowditch has now strung together 8 straight missed-cuts, spanning over two seasons.

The last time Bowditch made a cut was over 4 months ago, back in early June at the FedEx St Jude Classic.

It wasn’t supposed to be this way.

In 2015, Bowditch won the AT&T Byron Nelson, and finished the season ranked 20th in the FedEx standings. As one of the top players on tour, Bowditch made it all the way to East Lake, finishing in the Top 15, while racking up over $3M in earnings for the season.

This impressive performance earned him a spot on the International Team for the Presidents Cup matches, where he partnered with fellow Aussie, and World No. 1, Jason Day.

The future – specifically the 2016 season – seemed bright for the then 31 year-old Aussie.

But the wheels inexplicably fell off.

He ended the season missing the cut in 7 of his last 7 (non-WGC) Tour events. In fact if the WGC-Bridgestone had a cut, it most certainly would have been 8 straight – as Bowditch fired two rounds in the 80s at Firestone.

In the 11 the events where Bowditch did get to play all 4 rounds, he averaged 6-over par and finished in the 57th position.

The good news for Bowditch is that it pays very well to be a member of the PGA Tour.

Despite the ugliness of his season, Bowditch still pocketed nearly a half million dollars – $458,891 to be exact. And that doesn’t include any sponsor deals.

Wrap your head around that for a second. Here’s a professional golfer who missed the cut nearly 7 out of every 10 events he entered, while finishing outside the Top 50, on average, when he did make it to the weekend. And yet he still walked away with the salary most any golf fan would die to earn.

Four words come to mind: What. A. Great. Country.