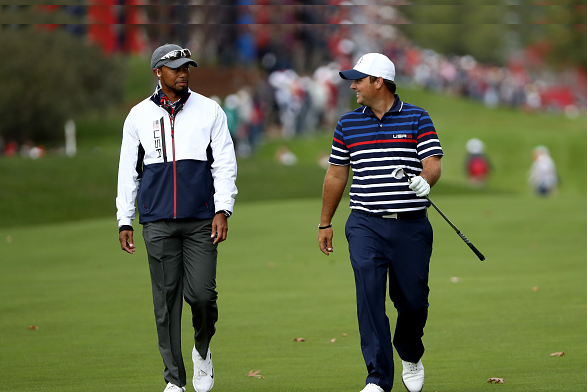 On Sunday night, Tiger Woods sent a congratulatory tweet to Patrick Reed following his victory at the Masters. With tongue in cheek, Woods says the win at least guarantees Reed a captain’s pick for the 2019 Presidents Cup. (Tiger was recently named the captain of the 2019 U.S. Team.)

Congrats @PReedGolf! At worst you have assured yourself a captain’s pick for next year’s @PresidentsCup.

Reed, who is best known for his prodigious Team USA play, is currently ranked No. 5 for the Presidents Cup team, and No. 1 in the Ryder Cup standings.