After a 2-over 38 on his first nine (the back nine of the North Course at Torrey Pines), Tiger Woods birdied Nos. 1, 5 and 7 to move to 1-under, which at the time was inside the projected cut. He bogeyed No. 8, though, to fall outside the cut-line, but earned a weekend tee time with a birdie on the par-5 ninth.

Woods, who owns the PGA Tour record for most consecutive cuts made (142, 1998 Farmers Insurance Open – 2005 Wells Fargo Championship), last made the weekend at the 2015 Wyndham Championship, some 2 years, 5 months, and 5 days ago (but who’s counting?). 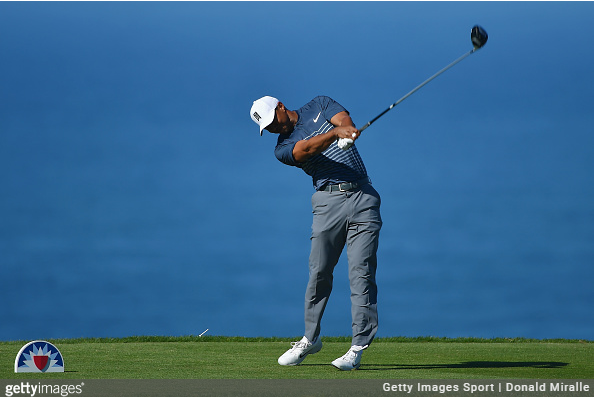 “I just fought hard, that’s something that I’ve done my entire career and this is no different. It was tough out there. The greens are firm. We were talking about some of these pin locations, they’re a little tough to get at. We found it hard to put some numbers up there. Some of the guys are going low. Saw Jason ahead of us, he was taking it pretty deep today and it can be had, but boy, you’ve got to hit some pretty good shots.”
– Tiger Woods