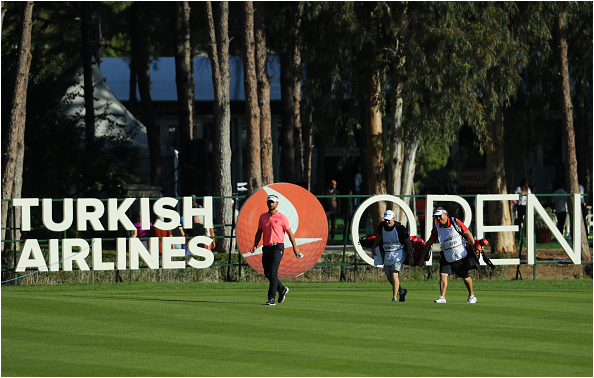 After the opening round of the Turkish Airlines Open, there is a three-way tie atop the leaderboard at Regnum Carya Golf & Spa Resort, with Nicolas Colsaerts, Haydn Porteous and Joost Luiten all posting 7-under 64s. 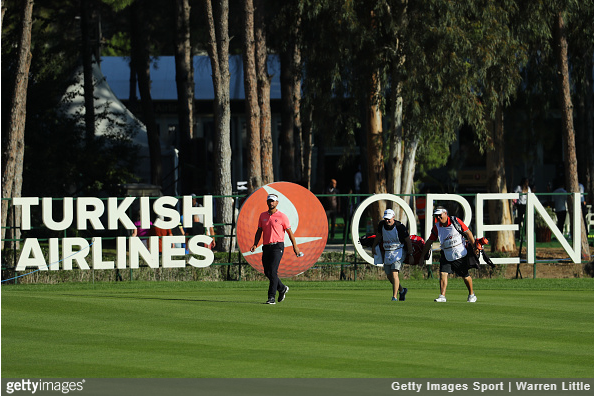 The Dutchman Luiten and South Africa’s Porteous each signed clean scorecards on Thursday, while Belgium’s Colsaerts reached 64, highlighted by an eagle on the par-5 12th.

The long-bombing Colsaerts said he “stayed patient” during his round, and picked his spots off the tee at the tree-lined Turkey course.

“You kind of have to hit the fairways, you have those trees that come in at certain time on certain holes. It’s not one of those golf courses you just tee it up and rip it. It’s almost like an easier version of Valderrama type thing off the tee,” said Colsaerts.

Argentina’s Andres Romero and Irishman Padraig Harrington are one back at 6-under 65. Romero also eagled No. 12 to offset a pair of bogeys. Harrington carded a bogey-free round with six birdies, three neat aside.

“I played nicely. Didn’t really get in trouble at any stage during the day,” said Harrington, a three time major champion. “Wasn’t really out of position. A nice number of chances, converted a few of them, and it was a pretty easy 6-under par, yeah. I wish they were all like that.”

A logjam of four players are tied for sixth at 5 under, headlined by England’s Ian Poulter, who birdied 18 to jump into the third tier.

“Nice birdie on the last. A couple of key par putts today: A putt from off the fringe from about 15 feet, and then on the par 3 where I run it about ten feet past and hole it coming back; to hole those putts to keep the round clean is obviously what you need,” said Poulter.

Four more players finished with 4-under 67s, including England’s Tyrell Hatton and Lee Westwood. Ireland’s Paul Dunne and Dane Søren Kjeldsen are joined with the Englishmen at T10.

The tournament’s marquee group of Englishmen Tommy Fleetwood and Justin Rose, alongside Sweden’s Henrik Stenson, underwhelmed on Thursday, given their resumes and recent play.

Last week’s WGC-HSBC winner, Rose, overcame a double bogey on No. 2 to finish with four birdies and a 2-under 69. Race to Dubai leader Fleetwood matched three birdies with a trio of bogeys to sign for a level-par 71. While Stenson, the defending Race to Dubai champion, was unable to overcome an early double, and finished with a 2-over 73.

Denmark’s Thorbjørn Olesen started his title defense in Turkey with a solid round of 2-under 69, offsetting a double on the 10th with four birdies. 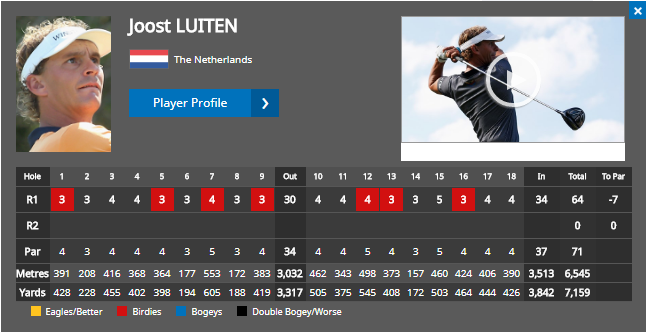 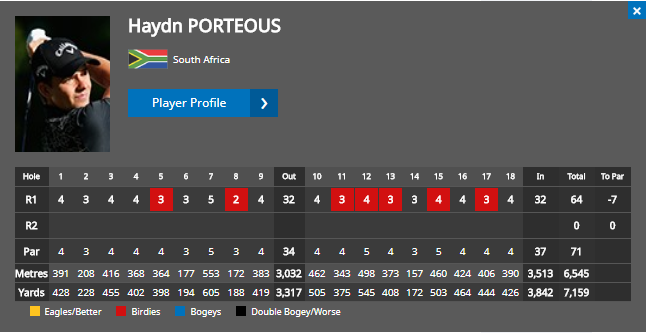 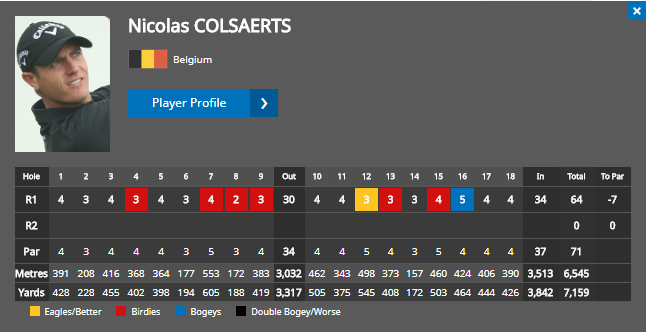 PUTT OF THE DAY

QUOTE OF THE DAY

“I basically hit the wrong club into the green, to walk away with a birdie, you know that’s maybe two shots difference. That’s what you need sometimes to hole shots like that and get away with it, it keeps the round going.”
–Joost Luiten, on his hole out birdie putt on 16.