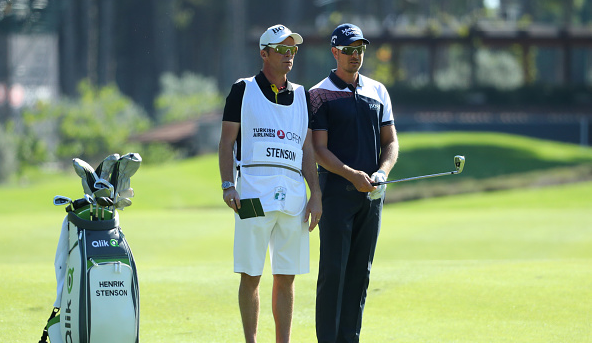 But a new video has surfaced that shows the innocent victim was actually a 50-degree gap wedge. ? This is a developing story.

Stenson escaped the 15th hole with a par.

But not his wedge. pic.twitter.com/547esVaNSu

On Thursday, Henrik Stenson’s Callaway Legacy Black nine iron was just going about its business in Turkey, when it was violently killed at the hands of a madman.

Its life over in a split second. ? RIP nine iron.