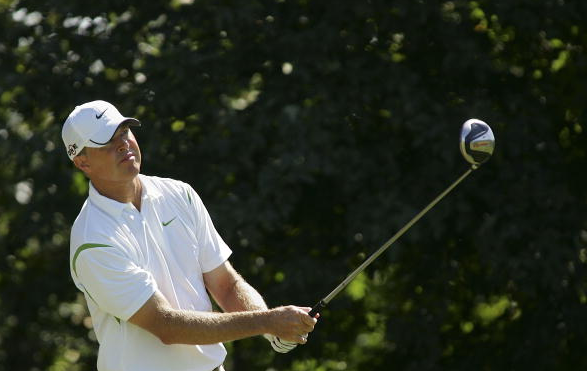 Bob Tway got off to a nice start during the first round of the Mitsubishi Electric Classic with a hole-out eagle on the third hole.

Tway, who started his round on the back nine, hit his approach on Sugarloaf’s 12th to a little past the pin, and used the contour of the sloped green “to perfection” for an eagle-2.

?Hole-out alert?
Bob Tway jars it for eagle during Round 1 of the @MEClassicGolf. pic.twitter.com/dcrNVX4Psb

The eagle would be just the beginning of what was a lights-out first nine. Tway would go on to birdie four of the final six holes to finish with a 6-under 30. For good measure, Tway birdied the first hole on his back-nine (No. 1), and is now at 7-under-par.

Samoset Resort in Maine: “Pebble Beach of the East”