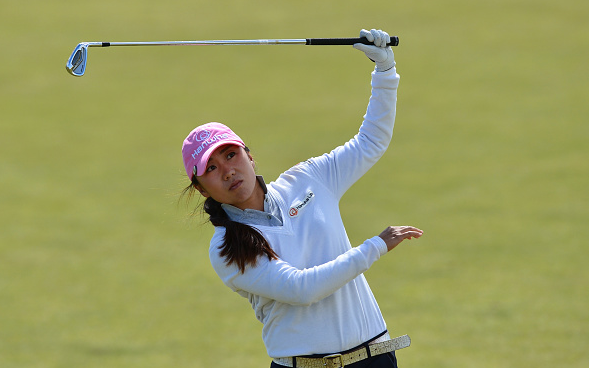 In-Kyung Kim shot a 4-under 68 in the second round of the Ricoh Women’s British Open, and will take a two shot lead into Saturday’s third round. 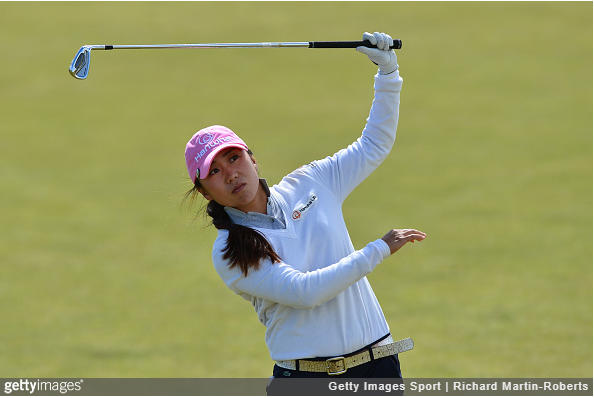 Kim got off to a rocky start with a bogey on the first hole to drop to 6-under. But the red hot Korean got it back with a birdie on the next hole. Another birdie before the turn, followed by an eagle on 11 gave her the outright lead at 10-under.

The recent winner of the Marathon Classic, who played the back nine under extreme weather conditions, cruised to even-par over the next five holes, until a late birdie on 17 put her two up on the field.

“I think playing the Scottish Open really helped me to prepare for this week because we had so much wind over there, and I never got used to the ground and how to play in one week, so I think, yeah, I’m just — just one day at a time,” said Kim.

Tied for second, at 9-under-par, is American Lexi Thompson (68) and Georgia Hull (67) of England. 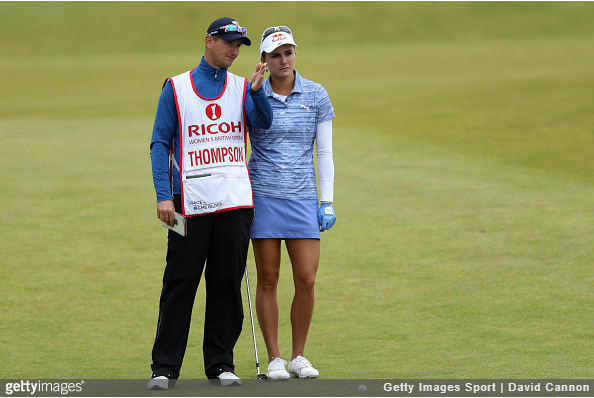 Thompson’s round was a tale of two nines. On the front, the world No. 2 bogeyed holes 3 and 4, and made the turn at 2-over. But the 22-year-old phenom absolutely smoked it on the home stretch with six birdies, including five straight from 10 through 14, to finish at 4-under on the day.

“Once you get on that kind of streak, you really don’t think about it. I was just hitting it pretty well there, so I was just aiming at pins and going for it and made a few good putts,” commented Thompson.

Alone in fourth is American Ally McDonald, who posted a second consecutive 68 to finish at 8-under.

Another American, Mo Martin, leads a group of three players tied for fifth at 7-under.

Martin, who hopes to ride a good performance in Scotland into a spot on the U.S. Solheim Cup team, posted a 3-under 67 on Friday.

The others tied with Martin include a pair of Koreans, Chella Choi (70) and Ha Na Jang (67), along with England’s Jodi Ewart Shadoff (70).

First round leader Michelle Wie struggled to a 4-over 76 and dropped to 4-under, tied for 20th.

“I feel very fortunate today to have managed it [the weather], to be honest. I’ve played golf for 20 years, but it’s quite exciting to be leading [a major], and I look forward to tomorrow.”
–, Round Two Leader, Ricoh Women’s British Open