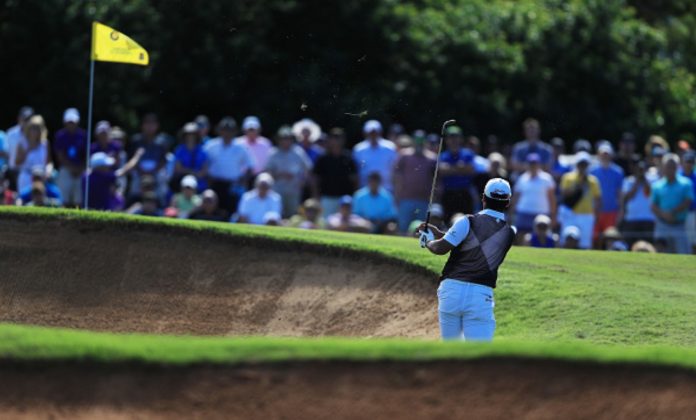 Playing in Sunday’s final group, Hideki Matsuyama, who is on fire as of late, is looking to make a late charge on the back nine.

It will be hard to catch Justin Thomas, who, at the time of this post, leads Matsuyama by three shots with four holes to play.

Matsuyama was five shots back coming into the 14th until he holed out a flop shot for an eagle-2.

Matsuyama needed to make a statement.

That was it. #QuickHits pic.twitter.com/0A2Z3hSg5Q

After a sluggish front nine, Matsuyama is currently 3-under through 14, and 19-under for the tournament.