ORLANDO, FL – Henrik Stenson posted a third-round 71 and will take a one-shot lead over Bryson DeChambeau into Sunday’s finale of the Arnold Palmer Invitational. 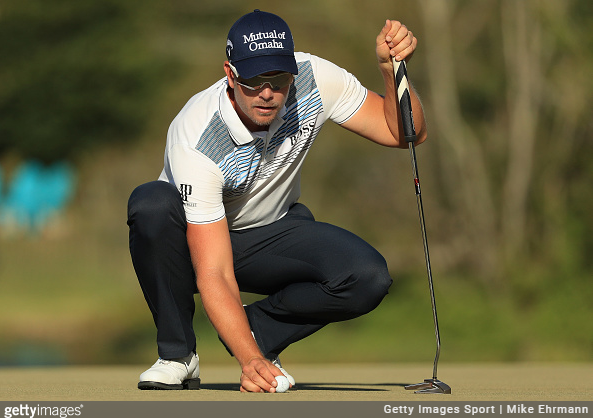 Stenson finished his third day at Bay Hill with four birdies against three bogeys en route to the low 54-hole score of 12-under par.

“I’m pretty pleased, especially with the way I played coming in, I think that I didn’t really miss a shot the last six holes, the only frustrating part not really getting the score with me on that fine play coming in,” said Stenson, who missed five fairways on Saturday, after missing just four in the opening two rounds.

“Got caught out in the wind a little bit on 17 and ended up dropping one there, even though I hit the shot that I wanted off the tee. I made some good putts too, but obviously picked the wrong line and yeah, they didn’t go in.

“So level par coming in with the chances I had and the way I played, I was looking for a little bit better, but we’re still in the lead and you still got to play well tomorrow if you want to get it done.”

While Stenson struggled somewhat on Saturday, so did the top-5 chasing pack, with each failing to break 70, and three not even breaking par, including overnight co-leader DeChambeau, who carded an even-par 72 to remain at 11 under.

“I know Henrik and I were not playing our best today, but unfortunately that’s kind of the way it goes.

“We have had some great putting days the last or the first few days and unfortunately just didn’t go our way. For both of us. Just seemed like nothing could get in.”

One back at 10-under par was Rory McIlroy, who offset one bogey with an eagle (on the par-5 12th) and four birdies, highlighted by a two closing gains on 16 and 18 en route to a 5-under 67, good for solo-third.

“I mean I started the day just outside the top-10 and wanted to at least give myself a chance going into tomorrow, so it was a great day out there. I can’t really ask for much more,” said McIlroy.

“I got it up-and-down when I needed to, I took advantage of some of the good shots I hit.

“I don’t know how far behind I’m going to be going into tomorrow, but I’ll hopefully be within two or three of the lead and I can make a run at it.”

One further back was Justin Rose, who dropped six more birdies on his way to a 67, good for T4 at 9-under par, alongside Ryan Moore (69).

“Obviously looking at the leaderboard the two guys out front have kind of stayed in it or from our point of view not gone too far ahead,” said Rose, who leads the field in total birdies with 19.

“So, yeah, I kind of knew that when I was, when I made a couple birdies around 12 and 13 I was really playing myself into the tournament for tomorrow. So very happy with that round.”

A birdie on the par-4 13th hole had Rickie Fowler at 5 under on the day and just one off the lead at 11-under par. But the 29-year old fan favorite ran into trouble down the stretch carding bogeys on both par 3s (Nos. 14 and 17), along with a card-killing double-bogey on par-4 18th. 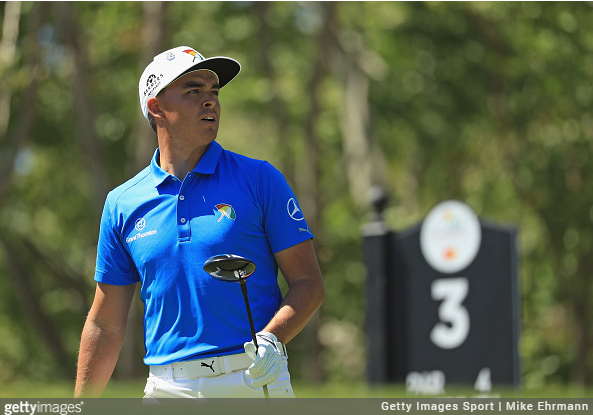 Highlighted by a final-hole birdie, Tiger Woods carded a 69 on Saturday to reach 7-under par for the tournament, good for T10, alongside Patrick Reed (71), Bud Cauley (70) and Grayson Murray (69).

“I played well, scored well, it was a good day all around. Can’t complain about anything I did today,” said Woods, who hit 9 of 14 fairways and 13 of 18 greens.

“I really hit the ball solidly, I controlled it, and I hit a lot of beautiful putts, some went in, some didn’t.” 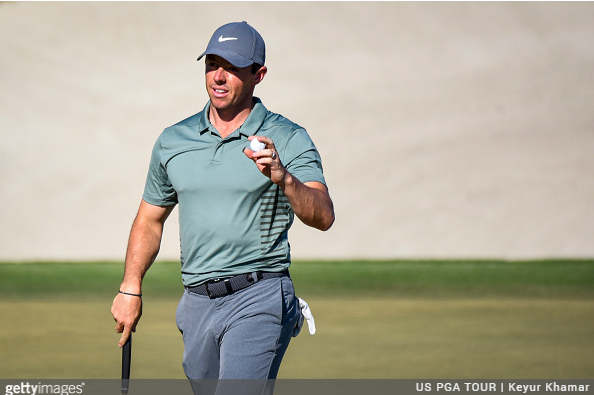 Would you say that we celebrate Saint Paddy’s over here more than they do home?

RORY MCILROY: Yeah. Well maybe not tonight, because Ireland just won the Grand Slam in rugby. So Dublin’s going to be — I would have loved to have been in Dublin tonight. But it is, I think you guys definitely take it to another level when it comes to Saint Patrick’s day over here.