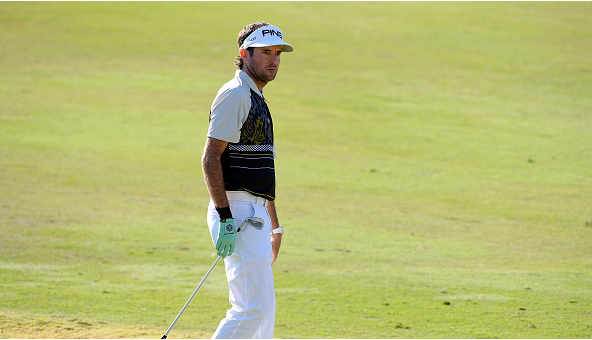 In the opening round of the Shriners Hospitals for Children Open, Bubba Watson, Jimmy Walker, and Graeme McDowell – three former major winners, were grouped together.

On the 7th hole, the trio seemed to be playing a game of closest to the pin, as each chip shot landed closer and closer to the hole.

Meanwhile, a fourth major champ, Padraig Harrington, was playing in the second round of the Turkish Airlines Open, and made the niftiest chip of all.

Golfweek Scurries To Get LIV Golf Participants Cancelled By Sponsors