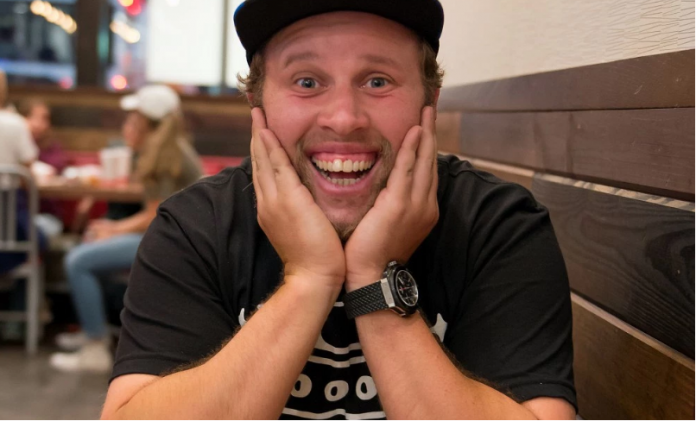 Andrew ‘Beef’ Johnston is taking the pro golf world by storm with his every-man, happy-go-lucky attitude that makes it feel like he’s one of us.

Now the 27 year-old Englishman has a sponsorship deal that fits his ‘Beef’ nickname perfectly.

Beef will be donning an Arby’s logo on the right side of his shirts and on the back of his hats. Arby’s, if you don’t know, is a fast food chain most famous for its roast beef.

Beef visited their store at Times Square in New York, and even took it upon himself to serve up some orders.

“I’ve ordered enough burgers in my life,” Johnston said. “It’s about time I try handing them out for a change.”

Arby’s has never had a reason to sponsor a professional athlete, but when a fan-favorite nicknamed Beef starts making a name for himself, it’s hard not to pass up a great marketing opportunity.

It seems like a win-win for both parties involved.

Beef, who won at the Spanish Open earlier this year and came in sixth at the Open two weeks ago, is starting to receive exposure, which is good for Arby’s since their logo will receive more air time.

For Beef, it’s safe to say he will never have to pay for his meal at Arby’s, so that’s a win for him.

Look for Beef sporting the Arby’s brand at this week’s PGA Championship.