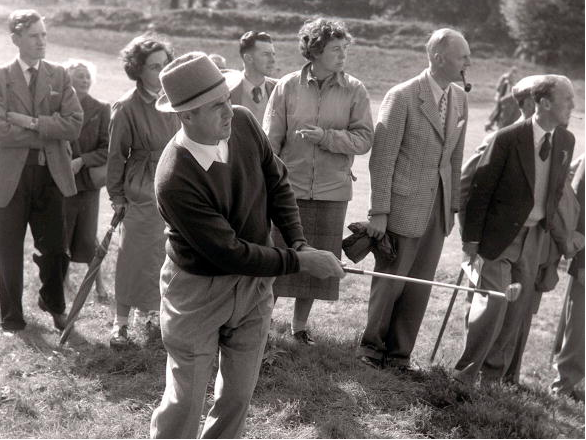 What began as the Greater Greensboro Open back in 1938, today is known to us as the Wyndham Championship – one of the longest running events on the PGA Tour.

Before we begin our coverage for the Wyndham Championship this week, here are 8 tournament records to know.

Five players have shot 61 at the Wyndham Championship, the lowest 18 hole score at this event.

Sweden’s Carl Pettersson set the record for the best score over 36 and 54 holes, as well as the lowest winning aggregate score with his win in 2008 at Sedgefield Country Club. Pettersson finished with a four day total of 259 (-21).

In 1999, at the then Greater Greensboro Chrysler Classic, fellow Swede Jesper Parnevik set the tournament scoring record for the lowest winning score in relation to par. Playing at the Forest Oaks Country Club, Parnevik won with a score of 23-under (265) over Jim Furyk, who finished two strokes back.

Davis Love III won his first Wyndham Championship title back in 1992 (then called the KMart Greater Greensboro Open). Three shots behind 3rd round leader Rocco Mediate, Love shot a final round 62 (10-under) to win by six strokes over John Cook, setting the record for the lowest finish by a winner at the Wyndham Championship. No other player shot better than 68 that day.

In 1950, Sam Snead won his fourth Wyndham Championship title (then called the Greater Greensboro Open) with a 10 shot margin. It remains the highest margin of victory at this event.

6. Best Come from Behind Win

Three players have come from 7 shots behind in the final round to win the tournament.

There have been six wire-to-wire winners at the Wyndham Championship.