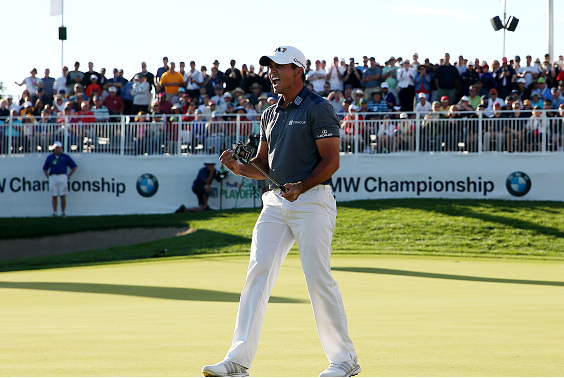 The third leg of the FedEx Cup Playoffs gets underway this Thursday, with the BMW Championship at Crooked Stick in Carmel, Indiana. Before we begin our coverage for the event, here are 8 tournament records you should know.

Jim Furyk holds the 18-hole tournament record here at the BMW Championship. Furyk shot 59 (-13) in the second round in 2013 at Conway Farms. Furyk hit 12 birdies, one eagle and a bogey. Furyk would go on to finish 3rd after four days.

Tom Kite holds the record for the best come from behind victory at the BMW Championship. In 1986, Kite had started the final round seven strokes behind leaders Fred Couples and David Frost. Kite shot a four-under, 68, and waited two hours as the leaders imploded on the back nine. Kite went into a playoff with Couples, Frost and Nick Price, and won with a birdie on the first playoff hole itself.