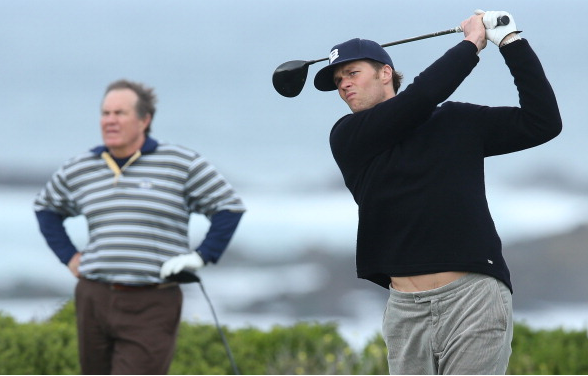 In what has to be one of the greatest marketing roll outs of a new Twitter account, Patriots QB Tom Brady announced his retirement from the NFL with his very first tweet.

The April Fools joke/tweet went viral, and by the end of the day, the GOAT picked up over 300,000 followers, while following just 100 accounts.

I'm retiring. In my spare time, I'll be tweeting #LFG

Was this a bad joke?

Brady first started his social media prowess on Facebook with game-day memes. In 2017, he opened an account on Instagram, where he’s posted some viral video clips.

His connection to Spieth is pretty well known as both are major faces of Under Armor. The duo made a popular native advertisement for the clothing brand a few years back at Trump National in LA, while TB12 and TW are the two greatest sports icons of this generation, and maybe all time.

Meanwhile, Rickie, Rory and JT are known to Brady through a mutual relationship with power-broker Jimmy Dunne of Seminole Golf Club.

In fact, Fowler – who played with Dunne, Brady, and Mickelson in practice round at Friar’s Head prior to the 2018 U.S. Open, recently wore his No. 12 jersey in Phoenix, and then went on to win the title on the very same day Brady won his sixth Super Bowl.