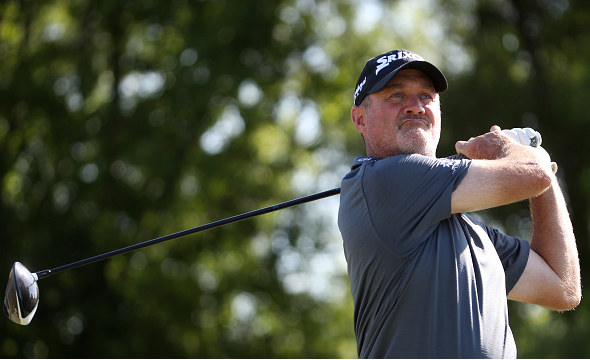 Jerry Kelly posted a 6-under 66 on Saturday at TPC Snoqualmie Ridge and leads the Boeing Classic by three shots after 36 holes. 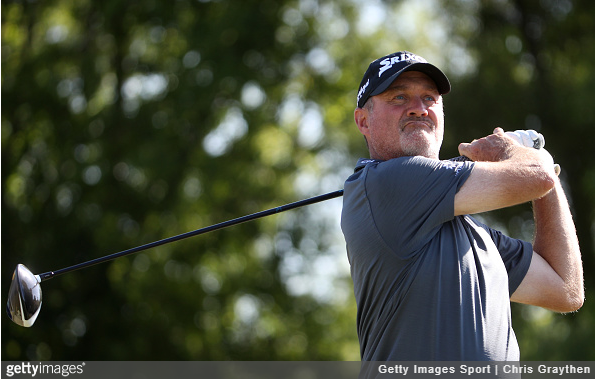 Kelly is at 13 under following a second round which included seven birdies and one bogey.

“To have as many shots in between you and the next guy is preferable, but some great players right there as always this week. You know, just go out and play,” said Kelly, who was a three-time winner on the PGA Tour.

At 9 under, and four off the lead, is the European duo of Colin Montgomerie and Bernhard Langer, who posted matching 65s on Saturday.

“I enjoy playing with Bernhard. You know if you’re equal him, you have half a chance and I did that with a good putt on the last,” said Montgomrie. “We both shot 65 there today, so obviously playing well and so is he. But the field have got a few birdies coming home and then 14, 15 and 18, so I didn’t envision to be within four or five of the lead.”

“It could have hurt or helped. Yeah, I was a better golfer than a hockey player. Guys that I played with have bigger rings, Stanley Cup champions on them. Those are real hockey players. I enjoyed it, though.”