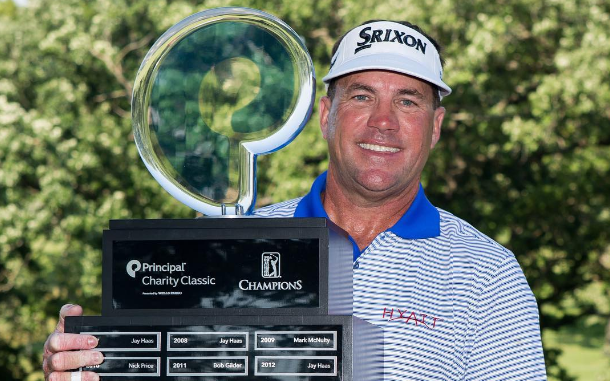 It took 403 tries, but it finally happened: Brandt Jobe won a tournament as a PGA Tour professional. On Sunday, Jobe held off Kevin Sutherland and his former college roommate Scott McCarron to win the Champions Tour’s Principal Charity Classic by one stroke.

“It’s hard. You’re out here to win, and I haven’t done as good of a job as I would have liked. This is nice. It’s a little bit of a relief.”
–Brandt Jobe