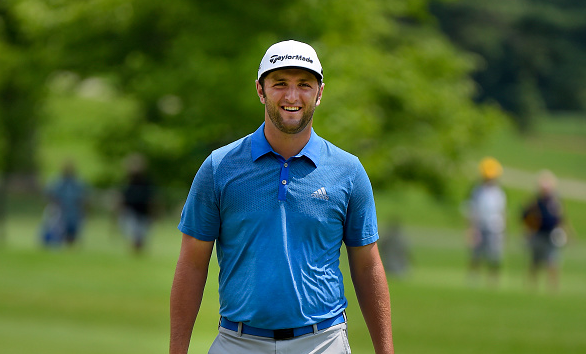 In the Memorial Day edition of the PGW Rundown, a rib flare-up means no Rory at Muirfield Village, a tour veteran leaves a back surgery in much worse condition than he went in, Jon Rahm reaches another career milestone, and Gary Player takes issue with the Champions Tour record books.

Jon Rahm, the 22-year-old Spanish phenom, has been incredible in his first full year on the PGA Tour.

Making the cut in all 14 events he has entered this season, Rahm has one victory (Farmers Insurance Open), and SIX top-five finishes.

After another successful week at a tournament he had never played before, a T2 finish at the Dean & DeLuca Invitational, Rahm added another accomplishment to his impressive resume: reaching the top 10 in the Official World Golf Rankings (OWGR).

“Gave myself another chance. Like I keep saying, 22-year-old, first year on tour, I’m not supposed to have this many options to win. Hopefully I can get another one before the year is over.”
–Jon Rahm

McIlroy Withdraws From The Memorial

A big name will be missing from the stacked field at Muirfield Village for this week’s Memorial Tournament.

World No. 2 Rory McIlroy announced on Friday that he has withdrawn from the popular Central Ohio event, citing a recurrence of rib pain from an injury he suffered earlier this year.

McIlroy had an MRI after feeling pain at THE PLAYERS Championship, which showed a mild response to the hairline rib fracture that caused him to miss time in January and February.

“It’s disappointing to miss the Memorial Tournament. This tournament attracts such a stellar field, and I was excited to try and better my fourth-place finish from last year. The Memorial Tournament is one of the best tour stops of the year and I hope everyone involved has a great week.”
–Rory McIlroy

PGA Tour pro Jeff Overton recently had surgery to mollify back pain from a herniated disk. After the surgery led to a dangerous spine infection, Overton is now in much worse shape than he was coming in.

Over the weekend, his wife Christina posted an update, acknowledging the condition, but stating that he has improved from the infection that was considered “life-threatening.”

“Today, we are celebrating his health and life. I’ve learned that life is precious and health is something we take for granted. I’ve also learned how to make a chair very, VERY comfortable.”
–Christina Overton on a Facebook post written on Sunday, Jeff’s 34th birthday

Bernhard Langer’s unbelievable Champions Tour run had another highlight on Sunday. The 59-year-old won the Senior PGA Championship for his ninth career major, which broke a tie with Jack Nicklaus for the most major victories in Champions Tour history.

Gary Player, however, believes that he and Langer should share the record, rather than Langer having it outright. Player is credited for having six Champions Tour major championship, but he also had three wins at the Senior Open Championship, which was not considered a major at the time, but is now.

“I remember Arnold Palmer using his word, telling me it was ‘bull****’ that the Senior Open Championship wasn’t a major. He so regretted not winning the championship when he was playing senior golf, because playing on an old links where golf began was very special for him. I wonder, what would the status of the championship be if Arnold had won it three times?”
–Gary Player

Former player and current European Tour analyst Paul McGinley had some harsh words at the BMW PGA Championship after Branden Grace was given a free drop when his feet hit the rubber lining of the bunker.

McGinley called the ruling “ridiculous” and inferred that Grace unfairly twisted his feet extra aggressively to reach the rubber lining. The situation seemed to make Grace uneasy, but according to the 28-year-old South African, McGinley later reached out to him to say that the complaint was not personal, and the two have made up.

“I actually received a message from Paul this morning saying he’s got nothing against me at all. He didn’t criticize me for taking a drop, he just doesn’t agree with the ruling. That was nice to hear from him. That made looking over the situation a little bit easier.”
–Branden Grace

The LPGA will soon be saying goodbye to a former great. Ai Miyazoto, a 31-year-old from Japan announced that this current season will be her last.

Miyazoto was ranked No. 1 in the world as recently as 2010, although her career has fallen well off that torrid early start.

“Being a professional is all about results and lately I wasn’t able to achieve good results.”
–Ai Miyazato