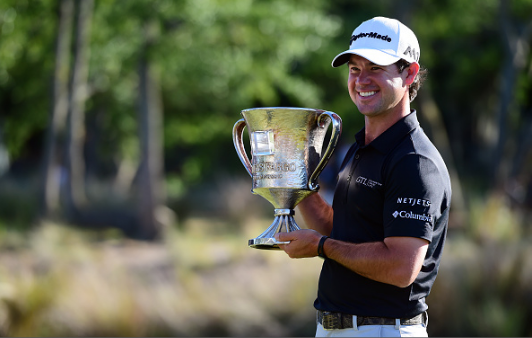 Brian Harman drained a 30-foot birdie putt on the 18th and final hole at Eagle Point Golf Club to win the 2017 Wells Fargo Championship. Dustin Johnson, who barely made the cut after a second round 75, fired back-to-back 67s on the weekend, and, at 9-under, appeared headed for a playoff with Harman and Pat Perez.

But Harman came through in the clutch and denied DJ’s chance for a fourth straight title, and in the process picked up his second career PGA Tour title.

We have a new leader … in dramatic fashion! #QuickHits pic.twitter.com/0XMM5kcRo3