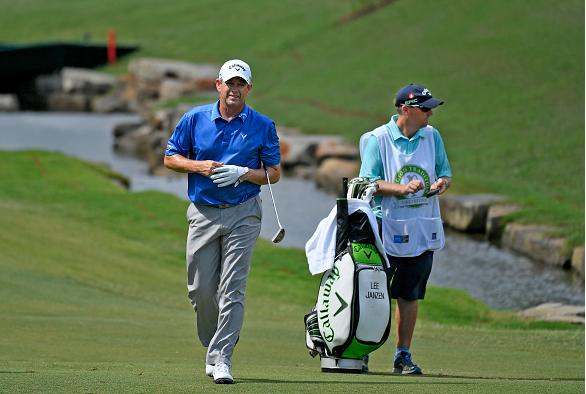 Highlighted by an eagle on the final hole at Greystone, Scott McCarron posted a 7-under 65 to grab a share of the lead after round one of the Regions Tradition.

Lee Janzen, Jeff Sluman and Miguel Angel Jimenez are tied with McCarron atop the leaderboard in what is the first of five Champions Tour majors.

Defending champion Bernhard Langer shot a 3-under 69 and is tied for 13th. John Daly, fresh off a win at the Insperity, posted a 1-under 71 and is 6 back, tied for 34th.