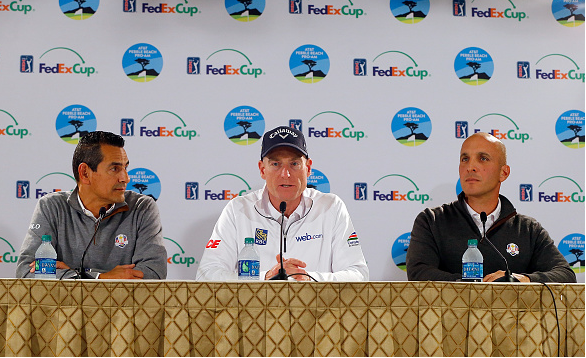 Jim Furyk, the newly-minted Ryder Cup captain, is adjusting the way points are awarded to place a greater emphasis on winning events, as opposed to top-10 finishes in majors.

According to Furyk, starting in 2018, the double points for major finishes will only apply to the winners.

Furyk, who gave the presser at Pebble Beach along with PGA of America CEO Pete Bevacqua and Julius Mason (Senior Director of Public Awareness), cited the growing purses in majors ($20 million for U.S. Open), relative to the more stagnant PGA Tour purses of $7 million (average), as a reason for the change.

“So when I looked at the finishes, if you finished third in a major championship, you earned more points than a winner in a PGA Tour event. And I really value winning,” said Furyk. “I want the guys that hit shots down the stretch, that have the guts, the fortitude, the game to win golf tournaments. And I find winning very, very important.”

Furyk also said that he’s ditching what was the unofficial Billy Horschel Rule, and that the final captain’s pick will be made after the 3rd playoff event, the BMW Championship, in order to better manage the overseas trip to France, as well as to game-plan more effectively.

“We can’t wait until after the Tour Championship to take a pick,” Furyk said. “I feel like the timing [trip to France], we probably want to get it done a little earlier and not put those guys through that at the Tour Championship again. I think it’s wise, as well, for the captains to be discussing parings in that the night before we leave, rather than who our next captain’s pick is going to be.”

The Billy Horschel Rule was implemented after Horschel went on a tear in the 2014 playoffs and won the whole shebang at East Lake. Yet because the team was already chosen, the hottest American golfer was left out of the matches at Gleneagles. It’s essentially to assure a spot for the hottest player not yet on the team (see Ryan Moore in 2016).