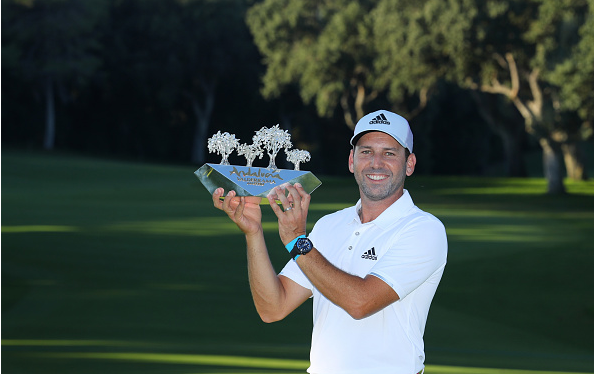 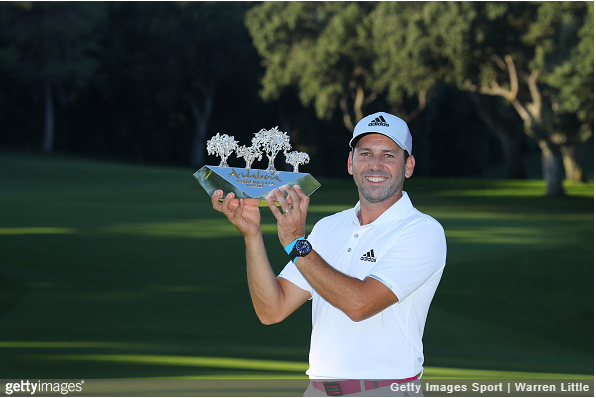 Sergio Garcia shot a final-round 4-under 67 to capture the Andalucia Valderrama Masters by one stroke over Joost Luiten.

It was the 14th career European Tour win for Garcia, and third of the season (Masters Tournament and Dubai Desert Classic are the others).

After a bogey by Brooks on No. 8, the final round turned into a match play of sorts between Spaniard and the Dutchman.

A birdie by Luiten on the par-3 15th briefly deadlocked the duo at 11-under. But a Luiten bogey and Garcia par on No. 16 handed the lead back to the tournament host with two to play, which was never relinquished – as the veterans matched scores (birdie-par) over the final two holes.

“It was amazing. All three of us played amazing. Daniel played great with everything that he had on the line. Joost played unbelievable,” said Garcia. “I played really well and I felt like maybe I could get away and he just kept coming back and back and made it an amazing match.

“I stayed patient the whole time, I made sure the bad moments did not affect me too much and made a couple of really key putts coming in.”

Brooks posted an even-par 71 to finish at 7 under, two clear of Welshman Jamie Donaldson (71) and three ahead of Australia’s Wade Ormsby (70) as all three players moved inside the top 101 in the Rankings to keep their cards for the 2017-18 European Tour season.

Garcia chips in for birdie with a metal wood on the par-4 9th to get to 10-under.

“I want to dedicate this one to my wife Angela and our little baby coming next year in March.”