Union workers at Golf Channel walked off the job on Sunday over stalled contract negotiations, which led to limited coverage of the Sony Open‘s final round, along with two other events.

According to a report by Associated Press, negotiations between Golf Channel and the International Alliance of Theatrical Stage Employees has been ongoing for nine months.

“Those efforts have not yet yielded a resolution, and we look forward to reaching a mutually agreeable contract,” the statement said. “However, some technicians have chosen to walk off the job today. We have contingency plans in place, and will continue to deliver coverage.”

Golf Channel’s in-studio team of George Savaricus, Bill Kratzert and Jim Gallagher Jr. handled broadcast duties from Orlando, Florida, while the non-union on-air talent operated some of the equipment, such as cameras and boom mics. 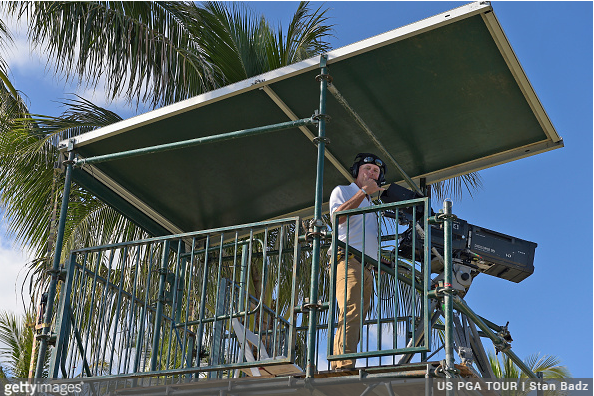 Traditional golf TV features, like surround sound from the course, or close-up shots of players, were not part of the broadcast.

“We apologize for the interruptions to today’s PGA Tour telecasts due to a labor dispute between the Golf Channel and its live tournament technicians union,” PGA Tour senior vice president of communications Laura Neal wrote in a statement.

“We are working closely with our partners at the Golf Channel to provide as much television coverage as possible of the Sony Open in Hawaii, The Bahamas Great Exuma Classic at Sandals Emerald Bay and the Diamond Resorts Invitational in the interim.

“Of course, PGATour.com and the PGA Tour app will provide real-time scoring, and fans can follow tournament action via our social media channels. PGA TOUR Radio on SiriusXM, which can be streamed for free on PGA TOUR digital platforms, will also provide live coverage of the Sony Open as planned. Thank you for your patience and for being a valuable PGA TOUR fan.”