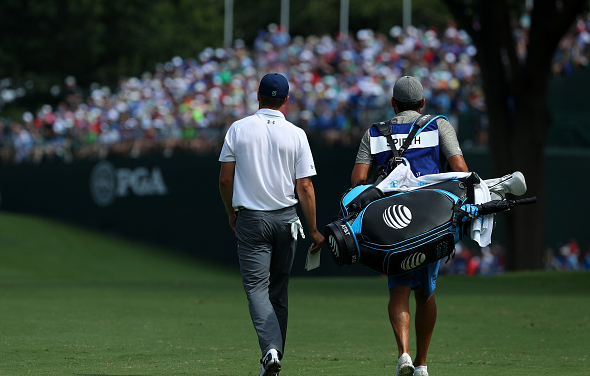 CHARLOTTE, N.C. – Officially, any last-gasp illusions anyone might have held for seeing Jordan Spieth make history were doused on the Green Mile’s final stretch.

Three birdies in the previous four holes might have kept a slight flicker alive as Spieth stepped to Quail Hollow’s 18th tee – only to put his tee shot into a fairway bunker. And if that didn’t signal the end, his next shot into the creek left no doubt. 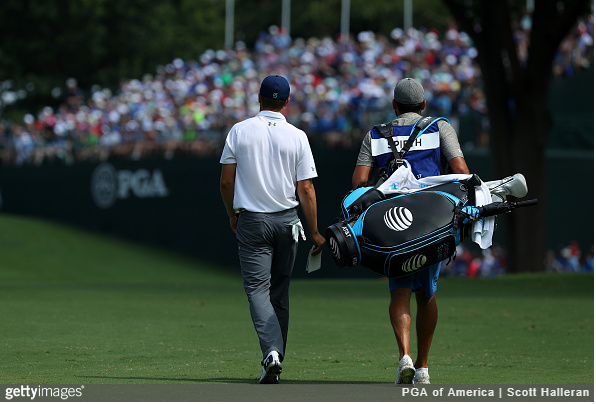 Spieth knew well before then, though, this wasn’t the year to join the career Grand Slam fraternity.

“I think the winning score is going to be around 10-under (par),” said Spieth, who found himself briefly at 6-over before reeling off five birdies in a nine-hole span. The double bogey at No.18 left him at 3-over, the same place he started the day.

“Even if I had birdied one of the last two and I’m at even (par), it’s unrealistic,” he went on. “My goal was to try to work our way into a backdoor top-10. (The finish) kind of stinks because it sets me back there.”

And so the wait begins.

Spieth will have plenty more opportunities to achieve the career Grand Slam, but he won’t be the youngest. And he may not even be the next.

Rory McIlroy is next on the watch list, lacking only a Masters green jacket from his collection. After that, Phil Mickelson will seek again to complete his set when the U.S. Open heads to Shinnecock Hills – a place he was runner-up in 2004.

If the possibility of them getting in first bothers Spieth in any way, he’s not letting on. 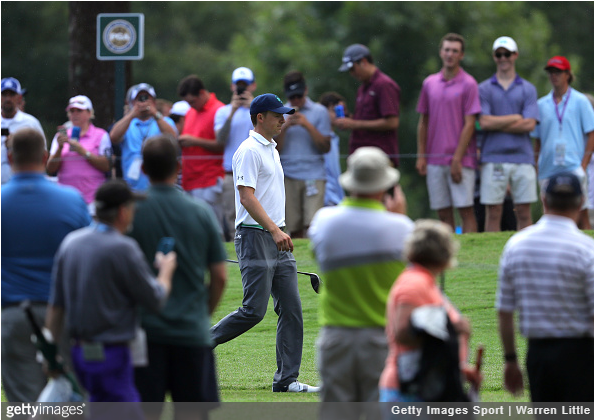 “That’s what I was trying to say before the week started,” the 24-year-old Texan underscored. “I didn’t have it written in a diary from when I was young that I need to win a career Grand Slam as the youngest ever.”

Tiger Woods, of course, remains the youngest to achieve the Slam, just shy of 24 years, 7 months when he pulled away on the final day of the 2000 Open Championship. His 21 starts to complete the set also remains a record.

“That wasn’t the goal,” Spieth said. “The goal was to try and win them all.”

And then he offered up an interesting tidbit – he considers the PGA Championship the toughest one for him to excel.

“If we look historically back on my career,” he said, “I think I will play this tournament worse than the other three majors, just in the way it’s set up.”

For many, that might be a little counterintuitive. Most years, the PGA Championship most closely resembles what the pros see on tour week in and week out. A little longer, perhaps, with a little higher rough – but rarely anything considered extreme.

He’s never finished worse than 11th at the Masters, where his putting prowess is a huge plus. His creativity and short game are benefits at the Open Championship, where he also finished one shot out of the 2015 playoff at St. Andrews. 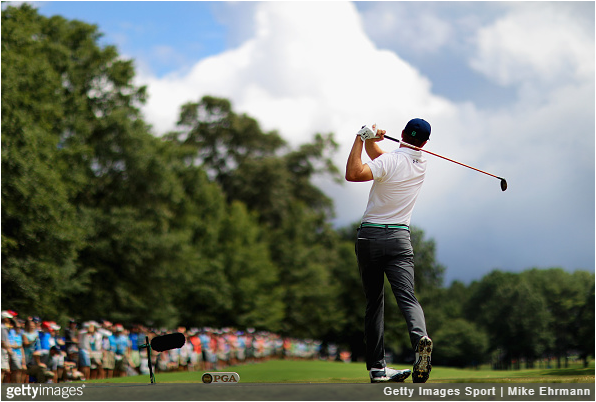 The U.S. Open and PGA Championship, meantime, have been hit-and-miss. He’s won the Open and was second to Jason Day at the 2015 PGA, but also has three missed cuts between the two and an equal number outside the top 25.

“I believe we can play anywhere and can win anywhere,” he said. “It’s just a matter of having everything in sync at the right time.”

Perhaps it was too much to expect Spieth to complete the Slam in his very next start after getting the third leg. After all, Jack Nicklaus needed three Open Championship tries to finish off his collection. Gary Player needed three at the U.S. Open.

Then again, Woods wasted no time going from blitzing Pebble Beach to storming St. Andrews. Ben Hogan not only won the 1953 Open Championship in his first try – it was his only venture across the pond, considering the highway horror four years earlier that left his legs wrecked.

As for Spieth, all that’s left now is to move on to the FedExCup playoffs, a bonanza he captured two years ago with a final charge at East Lake. And he left Quail Hollow on Saturday perhaps more encouraged than disappointed. 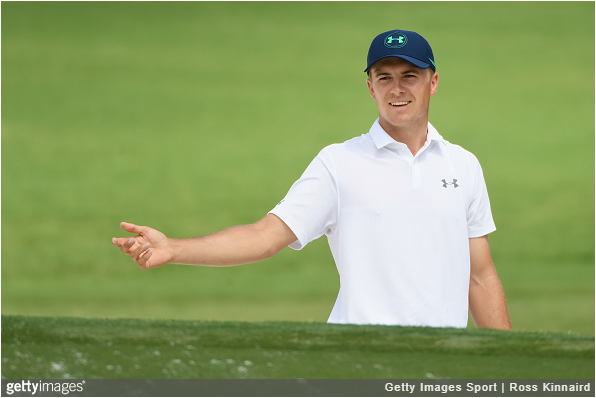 “I was out of it,” he said, “but I gathered a little something off that Sunday round that led to two wins in two tournaments after that.”

After two frustrating putting days, he found something midway through his round that led to those five birdies. He’ll take that into Sunday, still seeking that backdoor top-10, and then to the playoffs.

Spieth recalled his Sunday at Erin Hills, out of the spotlight but where something else in his game fell into place.

The following week, he won the Travelers Championship with that walkoff holeout from the bunker. Four weeks later, he captured the Claret Jug at Royal Birkdale.

“Just one round like that can do it,” he said.

OK, it’s 12 months until the 2018 PGA at Bellerive. But there’s plenty he’ll look forward to in the interim.