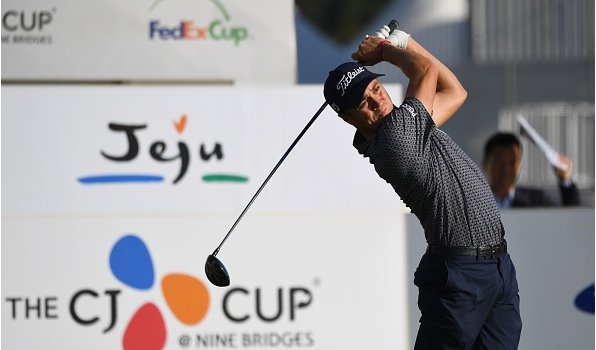 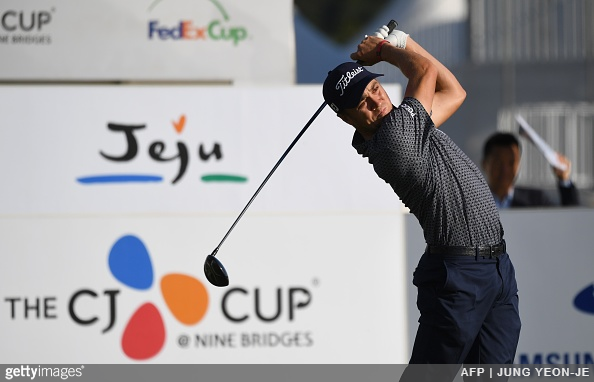 Justin Thomas fired a 9-under 63 in the opening round of the CJ Cup at Nine Bridges, and leads the inaugural South Korean tournament by three strokes.

Thomas, the reigning FedExCup champion, opened his round at Nine Bridges with a bogey and a par, but then posted two eagles and four birdies on the next seven holes to make the turn at 7-under par. A closing nine of three birdies and a bogey got the Kentucky native to 9-under par.

“A great day today. Getting a little tougher on probably the last five or six holes,” said Thomas, 24. “I am a little disappointed. On that last 9 holes, I felt like, I had a really good opportunity to shoot something really really low so, that was a little bit of a bummer. Obviously, still pleased with the start.”

Three shots back at 6-under 66 is a group of five, headlined by Patrick Reed and Marc Leishman, who, along with Thomas, competed in the recent Presidents Cup matches.

Chez Reavie, Scott Brown, and Gavin Kyle Green are also at 6 under. 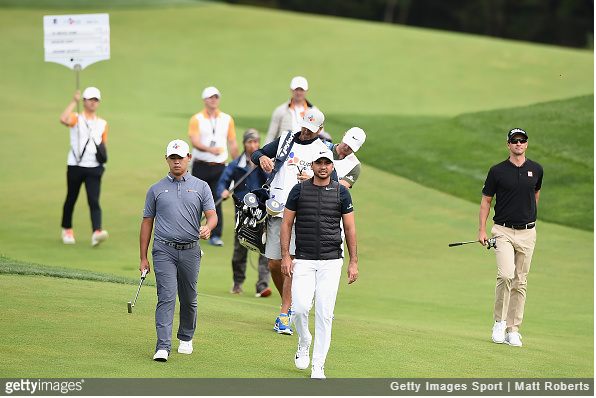 Former World No. 1 Jason Day posted a 4-under 68 and is five shots back. Xander Schauffele, last season’s top rookie, is one back of Day at 3-under 69.

Whee Kim shot the lowest opening round of the 16 Korean players in the field with a 4-under-par 68, to finish the first round at T12.

Favorite native son K.J. Choi turned back the clock some, and had the local galleries on their feet as the Korean icon posted an impressive round of 3-under 69. Si Woo Kim and K.T. Kim are at 2-under 70.

“It was awesome out there. Playing with Sangmoon Bae today, you were going to probably get about the best crowd that you can. He is a great guy and a great player, glad to have him back. I was first coming out when he started serving (in the military) so, I don’t know him as well but, it was nice to spend some time with him out there. Pat (Perez) and I were joking all day today that we were just trying to get the fans on our side a little bit because, being in his hometown here, and favored that he is, he was definitely getting a lot of cheers out there. It was fun to be out there with the crowds along with him.”