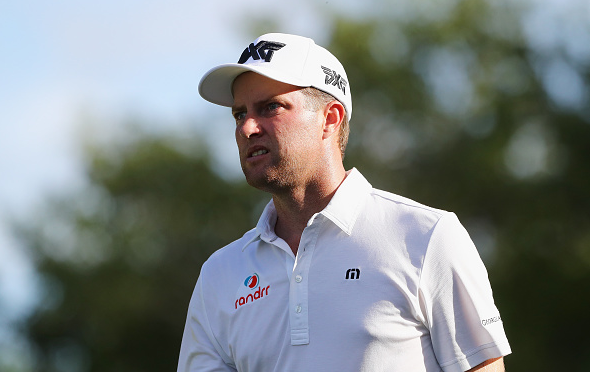 Many professional golfers have said that one of the biggest assets a player can have is a short memory.

Coming off an absolutely disastrous weekend at the Shriners Open in Las Vegas where he chased a 66-65 start with a 75-74 finish and a tie for 61st place, Chris Kirk was able to push doubts about his game aside to shoot an 8-under 63 and lead after the first round of the OHL Classic at Mayakoba.

With his bogey-free round, Kirk leads by one stroke over the trio of Ben Crane, Gary Woodland, and the surprising Camilo Villegas, who put together his best round in years.

Kirk struggled with consistency last weekend, cancelling out all his birdies with double-bogeys, but today in Mexico, he had only birdies and pars. He split his eight birdies over the two nines, four on the front, four on the back.

Kirk was also accurate: he hit 10/14 fairways and 14/18 greens in regulation. It looked like he left all his bad shots in Las Vegas.

The last few seasons have been brutal to Camilo Villegas, the pride of Colombia and fan favorite on Tour. Villegas was also bogey-free, carding one eagle and five birdies. Surprisingly for Villegas, he was second in the field in driving distance, averaging an even 300 yards.

Villegas has not had a top 10 since the 2014 Wyndham Championship. That victory was both his only win and only top 10 in the past FIVE seasons for the man who used to be known as “Spiderman”.

Mark Wilson, who used to basically be defined by his penchant for great early season success and then disappearing after the first month, turned back the clock as well. One of the shortest hitters on Tour, he is a good fit at El Camaleon, and seems to be taking advantage with a first round 66.

Jim Furyk is making his season debut at Mayakoba, coming off a strange injur-plagued season where he looked either phenomenal or terrible in any given week. Furyk may be wishing he waited another week, as he was all out of sorts with a three-over 74.

Also making his season debut was Luke Donald, who was even worse than Furyk, carding a birdie-free four-over 75. Tied with Donald in 121st place is defending champion Graeme McDowell, who had only one birdie on that day.

Aaron Wise is finding early success on Tour. Wise, the 20 year old MacKenzie Tour grad, who won the NCAA Individual Title as a University of Oregon sophomore earlier this year, was in contention for the first time in a PGA Tour event last week when he reached as high as solo-third before finising T10 at the Shriners Hospitals for Children Open.

Today, Wise tied his best round as a pro, his second round last week, a six-under 65. The round featured one of the greatest two holes stretches in golf history when Wise aced the par-3 4th hole and then eagled the par-5 5th.

It is not often that someone shoots six-under with only two birdies, which was just the 94th most in the field. Wise currently sits in a tie for fifth place.

5 Things To Know After Round 2: Sony Open

Johnson, Kirk Co-Lead Sony Open After Round One