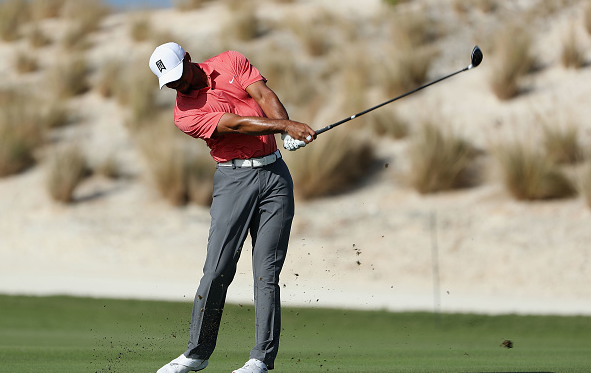 We have been lead to believe on numerous occasions in the past year that the return of Tiger Woods was imminent, only to have him cite an injury or performance issue, further delaying what fans are on pins and needles to see.

His withdraw from the Safeway Open in early October was especially frustrating, as he was committed to playing the season opener just a few days prior.

There was a chance Tiger could have withdrawn again before Thursday, but being an unofficial event with a small field, this was an ideal time for him to get back into competition and see where his game is. He cannot miss the cut in this event, since there is no cut, and with another break after this week, he can evaluate his game and spend time working out the kinks before going all in for the rest of the 2016-17 season.

Tiger’s troubles have been well-documented and analyzed from every conceivable angle. He is currently ranked 898th in the world. Prior to the beginning of his 16-month absence, he was playing the worst golf of his career.

In 2015, he had missed the cut in three of four majors, and had only one top 10 (a T10 at the Wyndham Championship, where he lead after a 64-65 start) in 11 events. At the U.S. Open, a major that Tiger has won three times, he was especially terrible, hacking his way to a first round 80 and missing the cut by a mile (he was +16 after two rounds). He has not won on Tour since the 2013 WGC-Bridgestone Invitational, and has not won a major since his monumental triumph on one leg over Rocco Mediate at the 2008 U.S. Open.

The man who looked like he was going to re-write the history books for major victories has been stuck on 14 for nearly nine years, which is still phenomenal, but disappointing for someone who puts so much into the majors.

All that being said, this is still a player who, when healthy, has been perhaps the most dominant athlete in the history of American sports. At his best, no one has been more feared by their competition. As recently as 2013, he won five times and was named PGA Tour Player of the Year.

Despite a cavalcade of injuries in recent years, he still has the appearance of someone who has what it takes physically, and at 40 years old, he should not quite yet be in the twilight of his career. Mentally, however, the last version of Tiger we saw was an absolute wreck, and it is anyone’s guess where that mental game is now.