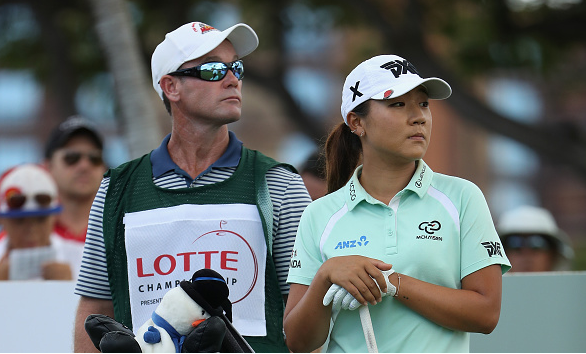 Lydia Ko has parted ways with her caddie, Gary Matthews, following a T2 finish at the LOTTE Championship – which included weekend rounds of 65 and 64.

According to a report in Golfweek, Matthews was fired after carrying the bag in only nine LPGA Tour tournaments. He had previously looped for Sergio Garcia, the newly-minted Masters champion.

The 19-year-old New Zealander, ranked No. 1 in the world, did not win a tournament with Matthews on the bag, but did have five top-10 finishes.