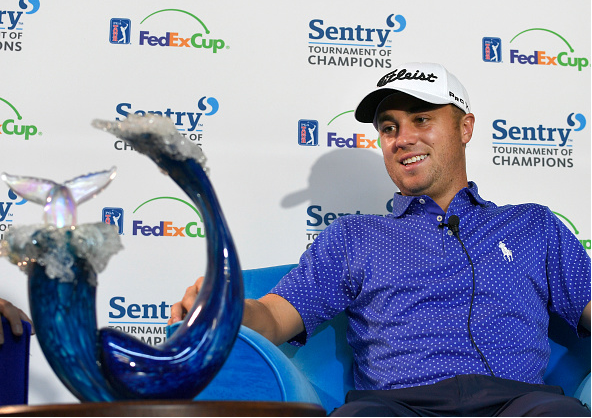 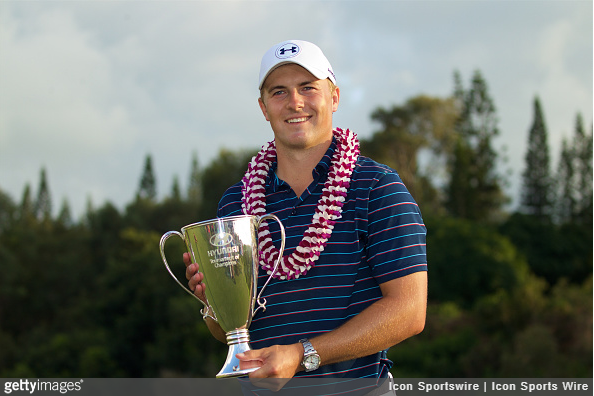 Back in 2016, Jordan Spieth won the Hyundai Tournament of Champions with a 30-under-par score and lifted what looked to be a tasteful, traditional-looking golf trophy – albeit somewhat on the smaller side.

A year later, Justin Thomas won the same tournament in Kapalua, but with a new sponsor on board (SBS), the Kentucky native was handed one of the worst trophies of the season – a crappy-looking wooden jug. 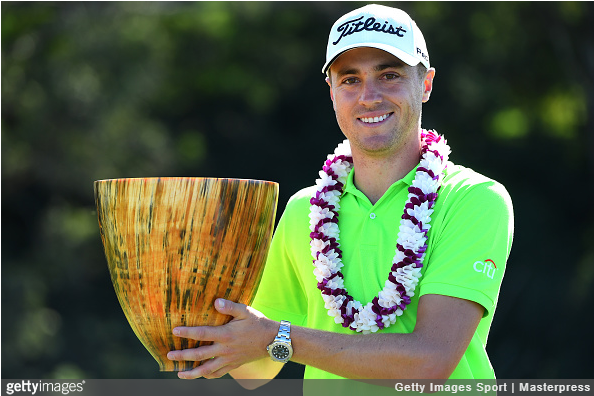 Well, with its third title sponsor (Sentry) in as many years, the PGA Tour unveiled its latest trophy for the champion in Maui. And it is even weirder than the previous one.

“I’m sure everyone’s probably a little confused as to why we have a sheet over this thing here. This is actually the new tournament trophy commissioned by Sentry and I thought no one better to unveil it to the world than our defending champ. So JT, if you want to take the top of it off there, unveil it for everyone,” said Alex Urban, PGA Tour’s Media Communications Manager. 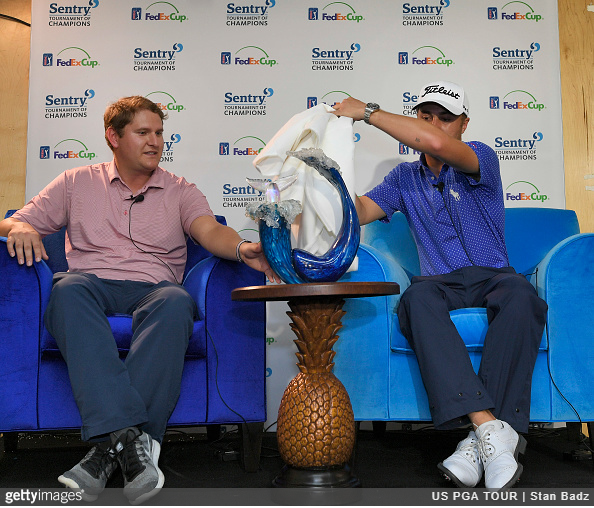 “Oh, wow. Okay,” said Thomas, staring at a glass thingamajig that looks like it belongs in the reduced aisle at Marshalls or Home Goods.

“A couple of words on the trophy. Sentry worked with Makai Glass here on Maui, so it’s a locally made trophy,” continued Urban. “It features a whale and a wave, two symbols of Maui, and it’s kind of fashioned in Sentry’s corporate logo. It’s nice locally made Maui trophy here, so this is what we’re playing for here this week.”

“That’s awesome. I would love to take that with me here in five days,” said a smirking Thomas. 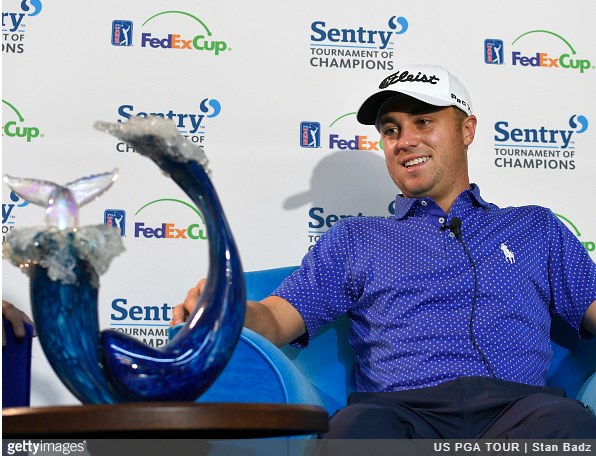 “Also much heavier than you imagine. It’s 30 or 40 pounds,” said Urban, prodding the defending champ to pick it up.

“I don’t want to touch it yet. I hope to find out,” said Thomas.