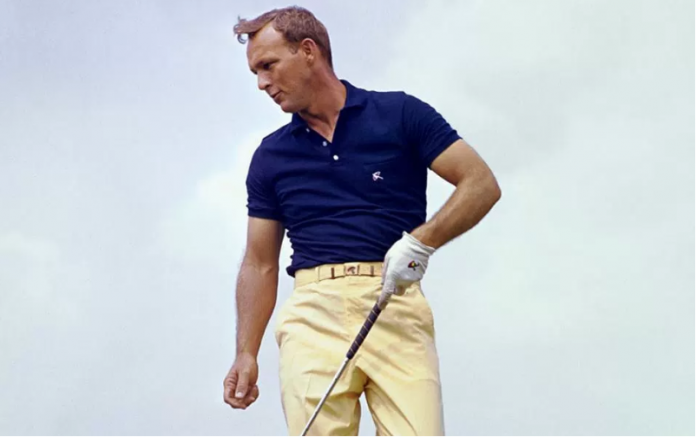 Arnold Palmer was memorialized today by family and friends in an emotional ceremony in Latrobe, PA. While considered one of the greatest golfers to ever to live, Palmer is cited as the “most important” for his part in popularizing the game as it moved into the TV age.

Palmer was an American icon and part of the country’s popular culture, spanning over 7 decades.

1973: Palmer at the Ryder Cup Matches

ARNIE’S ARMY: It all began in the 1960’s when Arnold Palmer’s go for broke style of golf bolstered a legion of fans who were coined by the press as Arnie’s Army. Today, Arnie’s Army Charitable Foundation provides financial support to institutions and organizations that help children, youth, families, the environment and the communities in which we live.